French powerlifting champ Lya Bavoil is back at it, crushing heavy deadlifts while training for the IPF World Championships 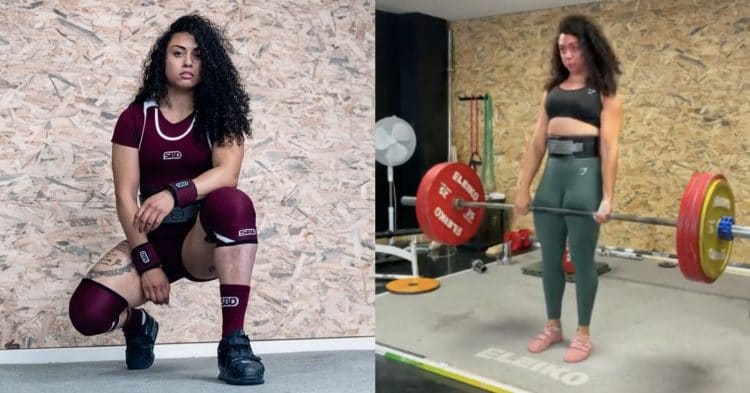 French powerlifting phenom Lya Bavoil is gearing up to compete at the international Powerlifting Federation (IPF) World Classic Powerlifting Championships in September. Ahead of this massive contest, she was moving some serious weight in the training room.

Bavoil will be heading into the Worlds on the back of three consecutive wins in 2021. She crushed the FFForce Test Match Eleiko meet at 63kg in February, before winning the FFForce Silent Workers meet and French National Championships in July, at 72kg.

Now, seven weeks removed from the IPF World Championships, the 27-year old is hard at work to prepare for this massive meet. She recently posted to Instagram, sharing a video of a deadlift training session that saw her pulling 440.9lb (200kg) for a staggering four reps.

This was an impressive set from Lya Bavoil, who hit this set wearing a lifting belt and using a mixed grip. The way she moved all four of those reps made it clear that this was far from the most she could do at this point in her prep, which is not hard to believe considering she pulled 230kg at her last meet.

This will be the second time that Lya has competed in the IPF World Classic Powerlifting Championships, with her first appearance being at 63kg in 2019. She came in third place here, and considering her best deadlift was 446.4lb (202.5kg), it is safe to say that she is on the right path to have a better showing this year.

It is unclear how much Bavoil weighs currently, or which division she will be competing in, but the way she has been working shows that she has made some stead improvements recently. Here she is a few weeks earlier, doing a deadlift session that saw her pulling 190kg for four reps, as well as another video of her benching 90kg for six reps.

Lya is one of those powerlifters that are already always interesting to watch, but with the kind of roll that she has been on lately, it makes this year’s Worlds all the more intriguing. She seems on track to have one of her better showings of the year, which crazy considering how well she has been doing.

Time will tell if Lya Bavoil can score a better placing at this year’s IPF World Classic Powerlifting Championships, than her first time at the meet. That said, if her training footage is any indication, the other ladies she will compete against are going to be in for a tough time.

How To Do The Kettlebell Alternating Hang Clean Guide and Videos