Maddie Sturt Is Not Discouraged By Setbacks In CrossFit Open

Maddie Sturt Opens Up About Plans To Qualify For CrossFit Games 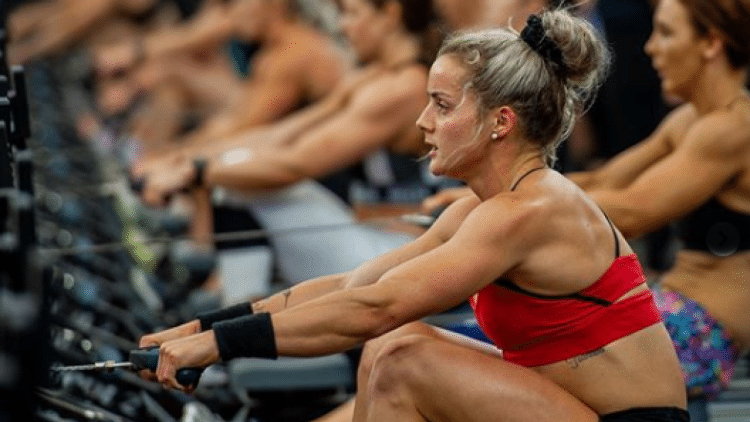 Maddie Sturt may not have qualified for the 2020 CrossFit Games using the Open. However, she is not discouraged by this, and is instead looking forward to the next step.

Sturt is one of the most underrated athletes competing in CrossFit. Hailing from Australia, she has competed at the Games for four straight years. Despite how talented she is though, she often gets overlooked for the likes of fellow Australian Tia-Claire Toomey. Both ladies are amazing, but Toomey is one of the best athletes CrossFit has ever seen.

Nevertheless, Sturt felt great about her time in the CrossFit Open. She felt like a lot of the workouts were going well for her. This was recognized in the fact that she scored her highest placing to date, at 38th overall. Unfortunately, this was still not enough to qualify for the Games, forcing her to try her hand at the Sanctionals instead.

This is not stopping Strurt from having a positive attitude.

Speaking in a recent interview, Maddie Sturt opened up about how things have been for her during the qualification process thus far. Although she was disappointed to be so close, she is still being positive. Moreover, she is able to do some self reflecting, and see what the biggest change has been for her.

“The biggest improvement (in) my mental game over the years I believe has actually been maturing as a person and growing up.”

Sturt, has some ideas for what Sanctional events she will compete at, to qualify for the Games. While she notes that things are not completely set, she is looking to compete at the SouthFit Challenge in Argentina, in December. In addition to that, she will be competing at both the Australia CrossFit Championship in March and the Down Under CrossFit Championship in May.

Another big part of the improvements that Sturt has had, come from her new coach Rob Forte. Forte has competed at the CrossFit Games six times himself. Therefore he is able to provide some good guidance to Maddie.

“It’s still pretty new and we are still developing our athlete, coach relationship and assessing strengths and weaknesses. However, it has given (my programming) a shake up and has been really good”

In spite of these recent setbacks, Sturts is not putting too much pressure on herself. Even though being able to compete at the Games is important to her, it is not her main goal. Instead, she just wants to enjoy herself.

“My goal is just to continue to compete, enjoy what I’m doing and progress and grow in the sport.”

Maddie Sturt is one of the best CrossFit athletes out of Australia. It will be interesting to monitor her progress as the season carries on.

Shawn Rhoden Not Likely To Compete In 2020 Arnold Classic