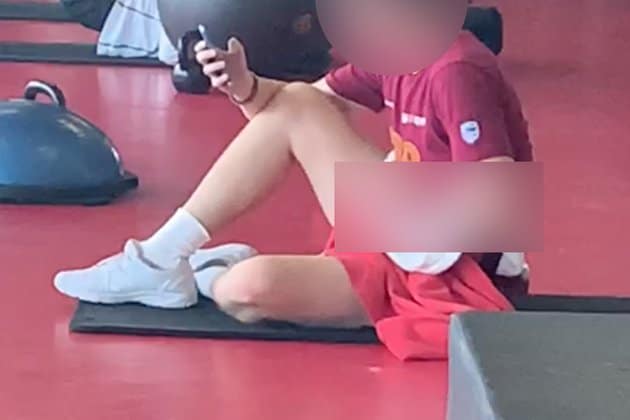 Well…just as you thought you’ve seen and heard it all. A guy gets caught on video jacking off in front of everyone.

Where to start here….ok, well obviously this kid has some serious issues. I’ve heard stories of guys being creeps but never have I actually heard of a dude straight up doing the one hand dance on himself in the middle of a gym.

I want this man’s face to go viral.
This was at the Virgin Active in Stellenbosch @virginactiveSA
Absolutely abysmal behaviour pic.twitter.com/7szUj56F3I

Virgin Active spokesperson Carla White told News24 he had been banned for life.

“Virgin Active is aware of a video circulating on social media and WhatsApp,” she said in a later statement.

“Our clubs are shared spaces and we will absolutely not tolerate depraved behaviour.

“We commenced our investigation as soon as we received the video. We have identified the member in question and have terminated his membership with immediate effect.”

It is unclear at this stage if the man’s actions will have any criminal consequences.

There’s really not much to say here. I mean, the kid is probably not the sharpest tool in the shed if he thought he was being clever with the towel and the smartphone. However, I will say the following…If I am right in guessing that the girl in the video was the trigger for the guy’s actions, I kinda understand him. Not saying I agree with his actions, because he should be prosecuted by law if not for nothing else, then for being stupid. He could have easily avoided this by going to the bathroom and rubbing one out there. However, I gotta say I kinda understand his actions. From what I’m seeing, I’d guess that when that girl has a glute/leg day, she’s the highlight of everyone’s day.

So kids, men, fellow gym rats and bellowed readers…let this be a lesson. Don’t do stupid things in the gym. There’s always someone lurking with a smartphone in hand, ready to upload it on Instagram.