Martins Licis Survives Gets Hit By A Car, Still Makes It To Training

Martins Licis Gets Hit By A Car While Riding His Bike, Gets Back To Training 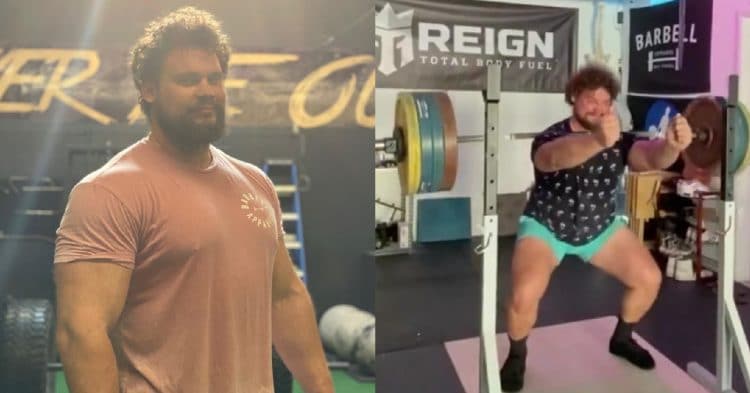 Martins Licis has already proven himself to be the World’s Strongest Man. However he recently showed how durable he is, after being involved in a bit of an accident.

The last several months have seen Licis battling with injuries, keeping him on the sidelines. He had been unable to compete for much of the year, barely able to earn a qualification for the 2020 Arnold Strongman Classic, where he wound up in third place. That being said, it seemed like things were finally beginning to turn around, and he was finally getting healthy again.

However all this almost came crashing down when Martins Licis was recently involved in an accident. According to a post to his Instagram, the strongman was riding his bike a few weeks ago, when he was hit by a car on the road. Luckily he was not severely injured, only needing some stitches in his elbow. Not only that, but he has finally made it back to training, and although he is still not all the way healthy, he was able to get a solid squat session in, as well as a farmer’s carry.

“A few weeks ago I got hit by a car while riding my bike. Got stitches in my left elbow, hurt my left shoulder and bruised my tailbone. Luckily, no fractures or broken bones! – Oddly enough, light-ish, paused, zombie squats are the only squats that don’t hurt excruciatingly right now. So here’s the heaviest weight I’ve lifted in a few weeks! 407lb (185kg) smooth, briefly paused, zombie squats. Followed by the first set of farmers I’ve been able to do in a month. 😎 – Always great to workout with my great buddy and brother for life @jacobfinerty to fire me up!”

Licis was certainly lucky to not have to been more injured from the accident. Although he is still working his way back, he seems to be largely doing well. This is a credit to the work he has been doing with the Squat University, and Dr. Aaron Horschig. Martins has explained that working with Dr. Horschig has helped him better learn to cope with injuries, and he is seemingly able to apply those skills here.

It is most definitely a good thing that Martins Licis was not put in an even worse position. Obviously no injury is an insignificant injury, but there can be no arguing that this whole situation could have been way worse. Hopefully he will finally be able to be at 100% by the time his next competition comes around.