After his tenth consecutive Iceland's Strongest Man victory, Thor says he's done with Strongman for now and it's possible that he may never return. 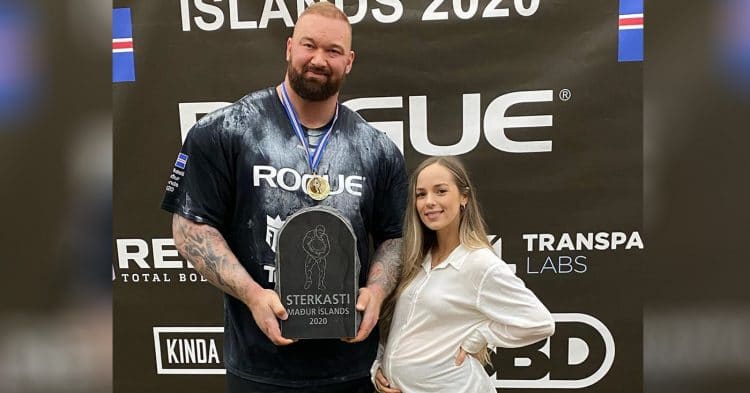 Iceland’s Hafthor Bjornsson is one of the most accomplished Strongman athletes in history. He’s also one of the most iconic which no one could argue. Having won every major competition that he has competed in and holding the all-time deadlift world record of 501kg/1104lbs, the Game of Thrones actor really has nothing else to prove (except for beating fellow Strongman Eddie Hall in a boxing match, of course).

Back in May, Thor announced previously that he won’t be competing at the 2020 World’s Strongest Man competition scheduled for later this year. Then in early July, he explained that Iceland’s Strongest Man will likely be his last show and has now confirmed this following his 10th consecutive victory at the competition.

“This will most likely be my last strongman show. The reason for that is because I know…well, to prepare myself for a major big show means I have to be super heavy and super strong. That’s going to be a difficult test to do while preparing for the boxing match. That’s not going to mix together very well. But I will be able to do this show because it’s close and I don’t need to be at my fully best to still win. At least I believe so.”

After Bjornsson broke Eddie Hall’s deadlift world record, he called the latter out and both signed a contract for a boxing match in September 2020. Both have been training religiously for this highly anticipated bout and it has taken over a large part of their efforts.

And so Thor wants to be in his best shape possible to take out his foe in Eddie Hall but in the recent Instagram post, he explained that he also needs to be healthy for his family. Thor has to maintain a 400+ pound bodyweight to be able to compete at a high level in Strongman and his priorities are apparently not the same anymore, especially with a baby on the way.

Related: Hafthor Bjornsson Talks Boxing Match With Eddie Hall: “If He’s Not Ready, I Will Punish Him”

“Iceland’s Strongest Man for the 10th consecutive year. 6 events, 6 wins. Great way to finish my strongman career. Now a different journey starts and I’m super excited. It’s been a great time in the sport of strongman but I’ve decided that I’m going to take a long break from the sport.

Maybe I’ll never return but never say never right. I’m still only 31 years old and could come back in few years if my heart wants it! Right now my heart tells me that I need to be healthy for my family and do what’s best for them! Thanks to you all for your support over the years. I appreciate you all! ❤️🙌🏼💪🏼.“

As Bjornsson explained in the post, he’s only 31, and therefore, if he does decide to compete again, he has that option. But if he doesn’t come back, well, you’d have to respect his decision to focus on his health and family. His upcoming boxing match with Eddie Hall is sure exciting to look forward too though and we’ll still be able to see his training and progress updates in the meantime.

Martins Licis Survives Gets Hit By A Car, Still Makes It To Training