Strongman veteran breaks an old record for a tv show

The concept is that they travel the world ( mostly America, I think) to try some local specialties, wacky traditions and try their best at breaking a local feat of strength record.  In their first episode, the big boys try their luck trying to beat an American legend’s record, Paul Anderson’s hip lift. 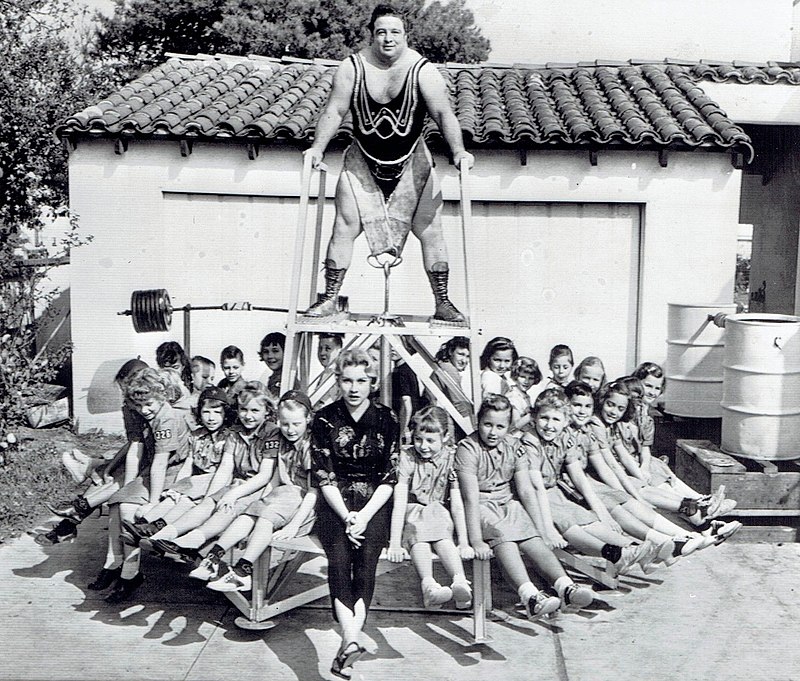 As you can see in the picture above, it’s a very specific lift performed on an apparatus/makeshift machine that allows Paul to lift this massive amount of weight without breaking every bone in his body. Now, Paul himself was an insanely strong person. He did Olympic lifts, powerlifting lifts and odd lifts like the one we are talking about.

In the show, the guys go to Paul’s surviving family to recreate the lift on the very same podium that Anderson used to perform the lift.

The gang uses math to calculate the total weight of everyone in attendance and come down with two options. A bit lighter version(12 people, 2,715lbs and 15lbs over Paul Anderson’s best lift) of the lift which would feature weight being distributed unevenly and a heavier version(2,791 lbs, 91 lbs over Paul Anderson’s best lift) which would feature the weight being perfectly balanced out.

After some brainstorming, they decided not to go with the heavier version but the lighter one, none balanced one.

Robert Oberst, Eddie Hall, and Brian Shaw go up the carousel, one by one, and perform the lift. Robert goes down in pain, claiming he felt a pop in his back and that his legs went numb.

Eddie Hall goes second and even though he performed the lift also claims to feel a pop in his back.  Brian Shaw, being the 4 time World’s Strongest Man winner is arguably the strongest of the bunch so he manages to complete the lift without crippling himself. However, he also claims it could have gone much worse if the weight was heavier.

Since Nick Best holds the world record in the hip lift, he was the smart one and decides to not lift the unevenly placed weights. Instead, he goes for the heavier version, 91 lbs over Paul Anderson’s record.

He goes up, straddles in and pics up every one of the ground. However, the mischievous Mr. Eddie Hall claims that one side didn’t leave the ground and inadvertently forces Nick to perform this once again. Which he does, successfully, releasing a lot of bottled up anger towards Eddie and his nonsense.