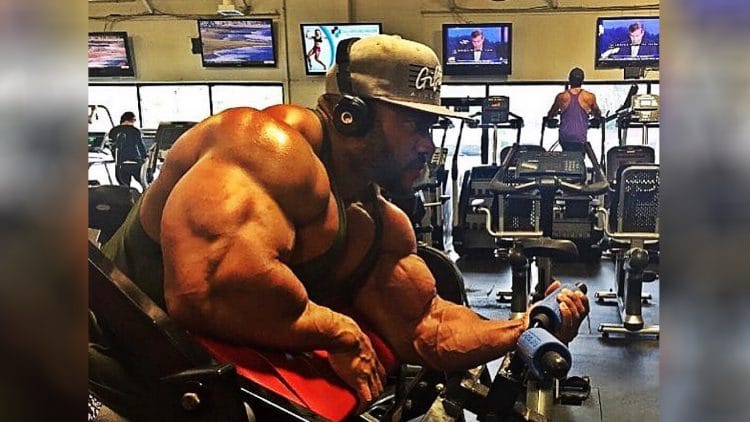 The seven-time Mr. Olympia champion Phil Heath may have fallen from his throne last year after Shawn Rhoden’s incredible showing. But that doesn’t mean he let it affect him any, as he’s still just as big and seems to be training just as hard in 2019.

Heath posted some Instagram photos recently and you can tell he’s not ready to throw in the towel even a little. Of course, we still don’t know if he’ll compete at this year’s Olympia (Likely not) but he’s up to something…

Here he was training with his coach Hany Rambod where they did a grueling arm session. Phil Heath wrote the following on Instagram… “Needed to take my training up another notch so had to hit up my coach @hanyrambod to reinforce this new battle armor I got installed after the Olympia haha.”

So, this probably means he’ll be making his way back to the big stage next year, if not this year.

“No matter what… keep going!” is what he wrote in this post.