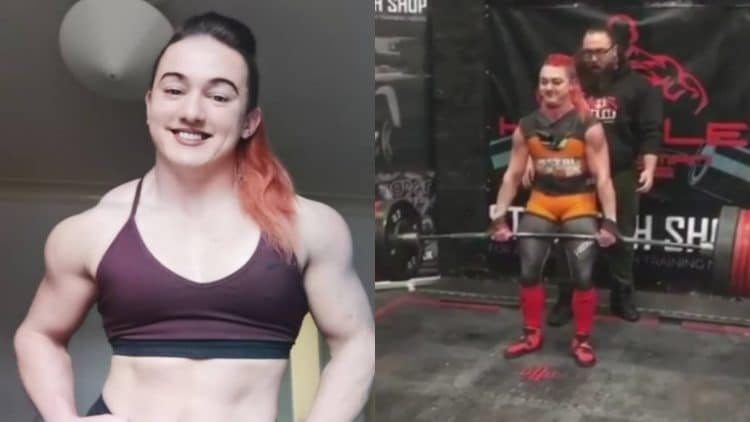 Rhianon Lovelace has been doing some impressive work on the powerlifting stage lately. This culminated over the weekend, with an unbelievable performance that set some new records.

Lovelace is one of the best strongwoman athletes alive, as she proved by winning the 2018 World’s Strongest Woman contest. These skills likely came from her career as a powerlifter, where she was also successful. Although she took a long break from competion, not performing since 2017, winning the British Championships.

However, Rhianon Lovelace ended this powerlifting hiatus in a big way recently. A video to her Instagram shows her at a meet, doing a massive deadlift, 600lb to be exact. Not only was this impressive because of the fact it is more than 4 times her bodyweight of -64kg, but it also blew some big records out of the park.

I also managed to hit an Official New U64 World Record Axle Press of 92.5kg, approx an hour later (this impressed me more than the weight 😂) which means I am now the proud owner of:

Words cannot describe this feeling. It honestly means the World, but it is untimately just another step towards 300kg.
Time to get back to the drawing board.”

As she explains in the post, Lovelace set new world records for both lightweight and middleweight deadlifts. In addition to that, she got the heaviest deadlift out of any female in British history. This was impressive enough to get the attention of her friend and fellow Brit, Eddie Hall, who offered her words of encouragement.

Here is what he had to say:

What do you think of this latest lift from Rhianon Lovelace?