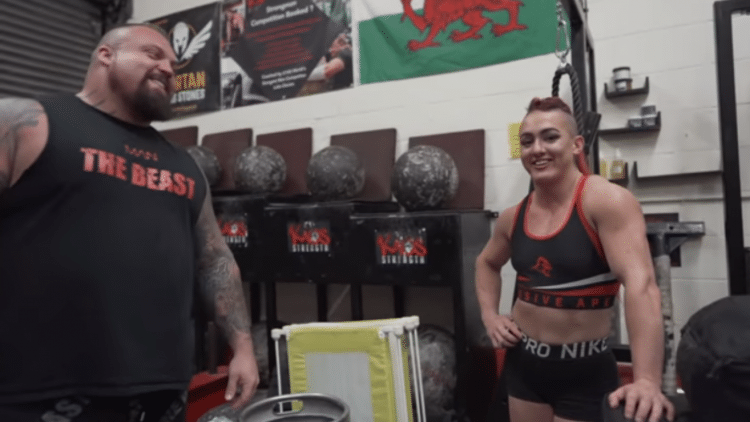 Hall won the World’s Strongest Man competition in 2017, cementing himself as one of the most powerful men alive. Since then he has had continued success, maintaining his name in the powerlifting community. Recently, he decided to take on a new challenge, by going head to head with Rhianon Lovelcace.

Lovelace won the World’s Strongest Woman in the -84kg division, in 2018. Moreover, she holds multiple other national and world titles. However, what she is best known for, is her ability to pull over four times her body weight. Therefore, when Hall called her out, she was more than happy to oblige.

Hall and Lovelace went toe to toe, competing in various exercises. These were the exercises, which were adjusted for the weight difference between the two.

Check out the video of the two facing off!

In the end, Rhianon Lovelace would get the better of Eddie Hall! Out of six exercises, Lovelace won five of them. The only thing she lost was the Viking Press, in which Hall dominated her. Other than that, it was pure obliteration from the woman. Check out the results:

Wow, what a performance from Rhianon Lovelace, completely dominating Eddie Hall. All in all, it was some good-natured fun, between the two. Nevertheless, it is interesting to see how these two stacked up against each other.