Ronnie Coleman shares old news report about him and his then-girlfriend and bodybuilder Vickie Gates, being referred to as 'The Strongest Couple In The World' 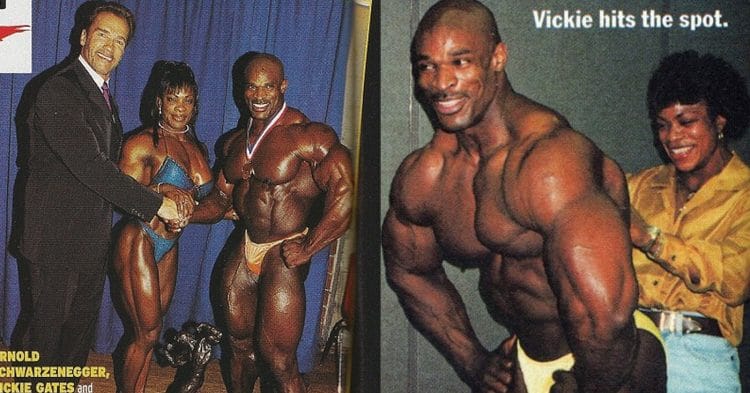 Back in the day, Ronnie Coleman and Vickie Gates were considered to be “The Strongest Couple in the World” due to their massive size and roles in bodybuilding. A few decades later, King Ronnie decided to look back on that time, sharing a fun news report from the time.

It is not unheard of for athletes to get with other athletes. It is something that makes sense, given the similar interests and the fact that they each understand the sacrifices that are made by the other.

In the ’90s and early 2000’s, Coleman and Gates were the epitome of that sentiment for bodybuilding. These two legends dated for seven years, working together to conquer their own sides of the sport, with Ronnie getting ready to go on a legendary run of winning Olympia titles, and Vickie looking to secure her own legacy in the Ms. Olympia.

At the time these two were together, Ronnie Coleman and Vickie Gates were the picture of what fans loved to see. Their iconic relationship was even documented in a news report for Fox 4, during the height of their relationship in the sport. Ronnie decided to reminisce with his fans about this time in his life, by sharing a video of that news report to his YouTube channel.

In the report, you can see Coleman and Gates both doing different workouts. The reporter see them talk about their diet, and explains a bit of their contest history at the time, before they have Vickie hit the leg press for a few reps at 1000lb. Then when it was Ronnie’s turn, they did not have enough weight for him to properly push himself on the leg press. So they had the reporter himself jump on top, and hang on while Ronnie whipped out a few quick reps.

“That’s a buff couple,” one of the reporters said. “A burglar does not want to break into that house.”

In the report, it is discussed that Coleman and Gates wanted to hold both the Mr. and Ms. Olympia titles under the same roof. With the benefit of hindsight, we know that this did not end up happening but they came very close. Vickie was unable to win the Ms. Olympia in her career, coming second on three occasions, never quite making it to that next level. That being said, you can not take anything away from her career as a whole, which saw her winning the Ms. International and others.

It is fun to take this trip down memory lane with Ronnie Coleman. Even to this day, there is an argument that he and Vickie Gates are still the Strongest Couple ever.

Can You Do Squats and Deadlifts on The Same Day?