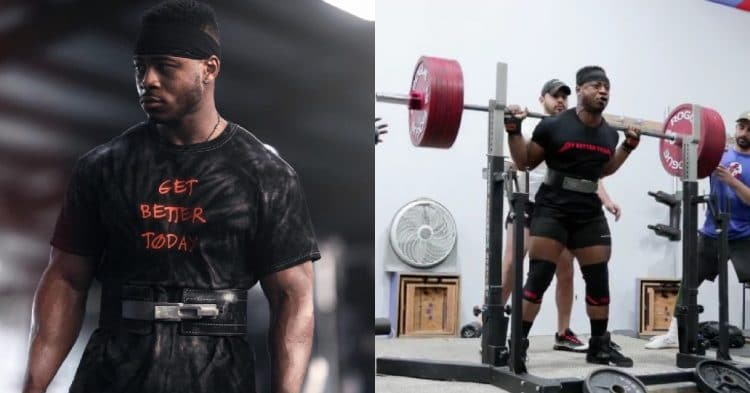 Russel Orhii is without a doubt one of the most elite powerlifters in the world today. He proved that once again, by hitting a massive squat, and setting a new personal record.

Orhii has proven to be one of the strongest powerlifters alive. Currently he holds the world record for highest total in the 83kg weight class, amassing a whopping 833kg total at the 2019 IPF World Championships. Not only that, but he is the first person to win the RAW Nationals three times.

Unbelievable accolades aside, Orhii seems to be intent on constantly improving. This was on display in spades recently, with an impressive Instagram post. The video shows Russel crushing a massive 705.6lb calibrated squat, to set a new personal record.

My body weight is still under 190lbs so this is coooooo

The fact that Russel Orhii managed to do this lift, is impressive enough. However, the fact that he set a new personal record with it, while his bodyweight was sub-190lb makes the lift even more incredible. Although the odd choice of editing cuts makes it kind of difficult to truly judge the merit of the squat itself, it is still a solid performance.

Orhii has been putting some serious work on his squats recently. Here he is, a few days prior hitting a 585lb squat for four reps. This was the product of a wasted prep and peaking, but it truly demonstrated how much work he had been putting in on this skill.

Russel Orhii continues to show that he is constantly working and evolving. It is disappointing that we were unable to see him compete like he wanted. Regardless, it will be exciting to see him again, when that time comes.