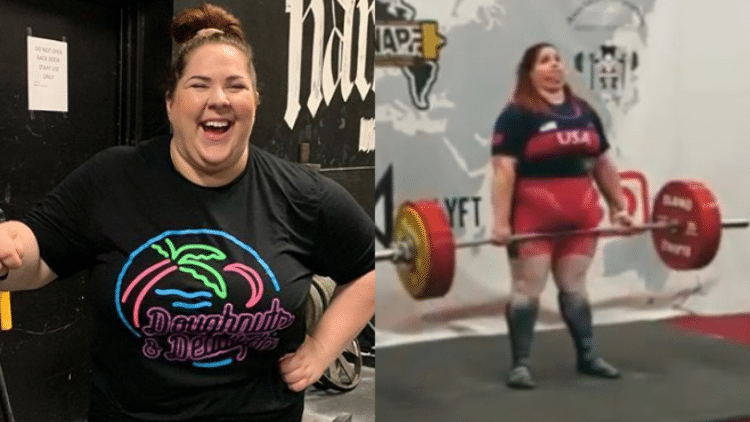 Sarah Brenner has made history in the female +84kg weight class. She set a new world record for the heaviest deadlift in the division.

Brenner headed into the 7th National Association Powerlifting Federation North American Regional Powerlifting Championships with some momentum. However, she had her best performance to date, going nine for nine for the first time. Subsequently, she completed a massive deadlift of 257.5kg/568lb, beating the world record by 10.5kg/23.2lbs.

Sarah Brenner took to Instagram to show off her lift. Additionally, she fired back against critics of her form.

“I am officially an IPF world record holder.

I finally had my unicorn meet 🦄

9/9 (for the first time ever), PRs on all lifts and total, and broke the IPF Open world record in the deadlift on my second and third attempts.

(There are some party poopers on the internet saying the lift should not have counted because of my grip slipping, but I got a down command and held on to the bar all the way to the floor.

3 whites with a jury right there say good lift and I won’t let you rain on my parade).”

That was a pretty solid lift from Brenner. It was a little bit off, in terms of technique, but she earned the lift fair and square. Her previous best single deadlift was 255.5kg/ 563.2 lbs, so this is a marked improvement from that.

On the other hand, she is still fairly young in the game. This very well could just be the beginning of her record-setting. She hinted at competing at the Raw Nationals, alongside fellow record-setter John Haack, early next year, so perhaps we can see more gains.

Sarah Brenner has, at this point,  clearly defined herself as one of the best female powerlifters in the world. It will be very interesting to see her career progress from here.