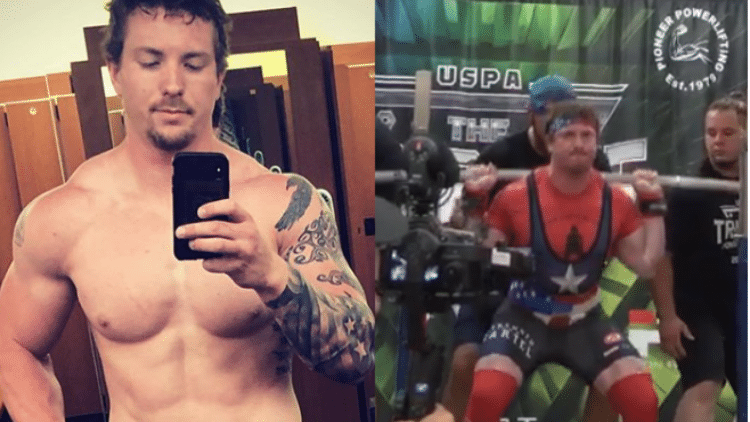 Powerlifter John Haack said going into the Tribute competition, that he wanted to hit a 2,000lb total lift. Well, he managed to do just that, as you will be able to see below.

Haack competes in the 181lb division, where he has made a successful career. He had earned the record for a highest total lift at that weight class, with a huge 1,962lb total lift.

However, this was not enough for Haack, who kept gradually increasing that record. Moreover, he had set his eyes on a goal of 2,000lbs.

So headed into the Tribute, Haack was focused and determined. Nevertheless, he did suffer a minor setback at first, missing his first two attempts at the squat. Despite that, he regrouped for a massive third attempt, weighing in at a whopping 688.9lb.

John Haack’s best lifts for the day are as follows:

Wow, this is an incredible set!

It is great to see Haack working so hard, and reaching his goals. This beat the previous record, also held by him, by 38.6lbs He posted a video to Instagram, showing off some of his moves. Here, he recapped what happened at the event, and hinted at what could be next.

“The day started off rocky, with missing my first two squat attempts due to depth, but still managed to hit my goal of a 2k total at 181.

Haack says he will be looking to compete at the ProRaw early next year. Subsequently, we can expect this record to be broken again. If his past has been any indicator, Haack will look to continue growing, and getting stronger.

John Haack put on an incredible showing, by anybody’s standards. It will be interesting to see what his new goal will be in the future.