Bodybuilding fan favorite and entrepreneur Seth Feroce looks jacked even without the gear, as he looks ready to make a comeback 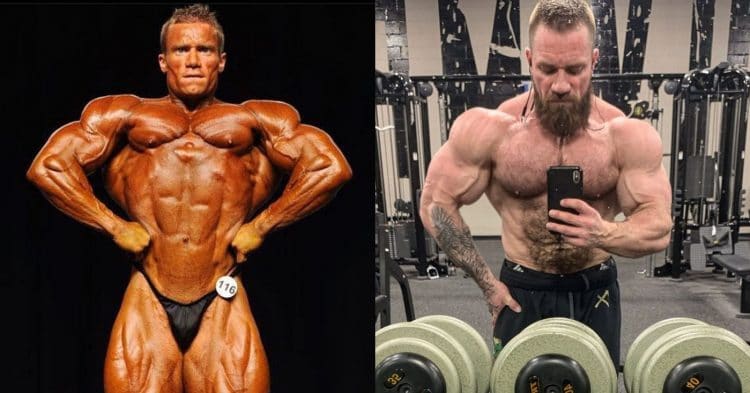 Over the years, Seth Feroce has abandoned his career on stage, for one as a businessman and entrepreneur. However he looks like he is plotting a comeback after a recent physique update, that has him looking shredded.

When Feroce was first making a name for himself as a bodybuilder, it was because he was able to win his firs ever IFBB Pro show. This is not a feat that happens often, even with the best of the best in the sport.

From there though, Seth backed away from a career on stage, putting his focus into the business side of things. He has done everything from start a clothing brand and nutrition company, to host a fairly successful podcast.

Despite the fact that it has been about a decade since the last time Seth Feroce was on stage, and the injury he has dealt with, he still looks to be in tremendous shape. He showed as much with a recent physique update that he posted to his Instagram.

In the post, the 36 year old showed off his shredded physique, while also explaining a bit about his diet and training plan. He also opened up a bit about how he is no longer using performance enhancers, other than prescribed testosterone replacement.

“2 and a half weeks into The HWMF Transformation Challenge!
.
220lbs first thing in the AM.
.
Bringing Sexy Shredded Back!” Feroce wrote.

“TRT
Cardio – 6 days a week
Intense Weight Training – 4/5 days a week
Well Balanced Diet – Clean Meats, Fruits, Veggies, Complex Carbs (utilized around my workouts) Healthy Fats, (Red Meat 2x a Week)
.
Overall Health is my top priority.
I have always put my appearance over my health in the past. (Sounds dumb but it is true)
So this Challenge it is about pushing myself without the Gear use.
Only Prescribed TRT.
Personal Health Goals:
– Repeated Great Blood Work – no red flags.
– Resting HR under 60bpm
– BP 120/70 – No More all over the place.
– Weight under 210LBS.
.
My Ultimate Goal is to be an absolute f—kin animal in every aspect of my life.
More so than I ever have been.
I want more out of myself and Life!
.
I am using this Challenge as the catalyst.
.
I hope all of you are pushing yourselves to do something intense as well!!”

In the post, Seth Feroce makes it clear that his goal is to live a healthier life, and focus less on his appearance. That said, he is looking absolutely shredded, and like he could easily step on stage in the next few months and look solid.

The last time that he competed, the 212 Division was just starting out and was hardly established. So if he were to return and compete here, especially being as lean as he is, he could do pretty well.

As much skill as Seth had, he was often outsized by bigger guys on stage. So the opportunity to compete at 212 would give him the ability to showcase the epic conditioning that he was known for during his competition days.

Time will tell if Seth Feroce uses this newfound motivation to give one more run at the stage. Either way, it is an impressive reminder of just how impressive of an athlete he is.