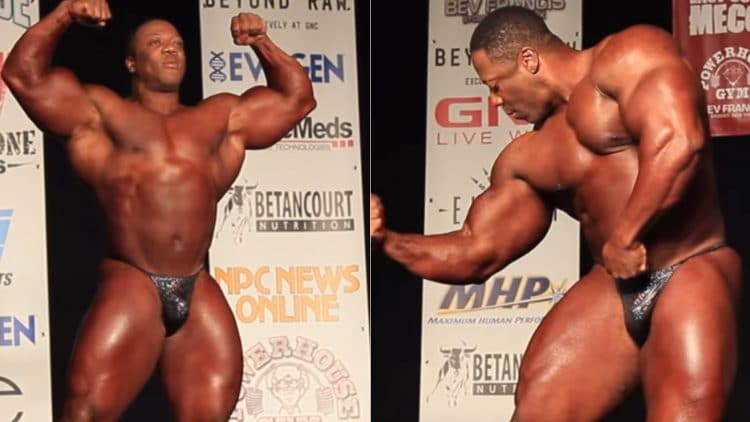 After a poor Pittsburgh Pro guest post appearance from the current Mr. Olympia last month, it seemed it was the entire fitness community vs Shawn Rhoden… and many figures spoke out including Shawn Ray, Nathan De Asha, and Bob Cicherillo.

Rhoden looked way out of shape and overweight, not resembling anything close to what a Mr. Olympia would look like. And he even tried to justify his look explaining that he likes to give his body a break and live a little during the offseason.

However, few people were pleased with Rhoden’s look seeing as he’s the current face of professional bodybuilding. But, as we get closer to the Olympia, Rhoden showed noticeable improvements looking much leaner at NPC Bev Francis Atlantic States as the guest poser…

With the Olympia just a few months away we’ll see Shawn Rhoden start to get back into the shape he was in last year when he dethroned Phil Heath. But, his Pittsburgh Pro performance will not be forgotten and may even leave a dent in his legacy. So, he’ll no doubt have to win again to prove he can remain on top of the mountain regardless of his offseason shape.

The 2022 Pittsburgh Pro bodybuilding show took place from May 6 to 7, 2022, and featured multiple athletes who brought...

Hunter Labrada is aiming to have a major impact on stage when he makes his return to the biggest show...