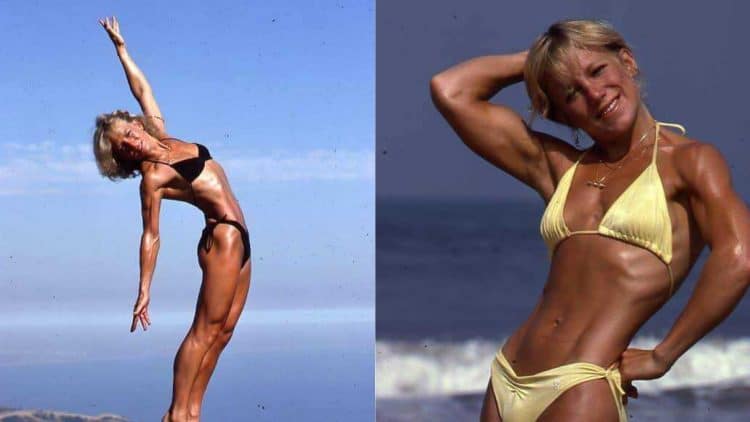 The bodybuilding community has suffered a majorly tragic loss. Stacey Bentley, a true pioneer of the sport, has passed away at the age of 63.

Stacey Bentley was one of the original female bodybuilders, competing in the first-ever event as such. She took the stage at the first IFBB Women’s World Bodybuilding Championships, in 1979, scoring fourth place. Moreover, she won three contests before her retirement from the sport in 1981, including the 1979 Frank Zane Pro. She paved the way for today’s generation of female bodybuilding.

Following her career as a bodybuilder, Stacey decided to find joy in helping people as a registered nurse. This came as little surprise to those who knew her, because she was always kindhearted. Even as she competed, she worked to break the stereotypes of bodybuilders being aggressive. Moreover, she did not even care for talking smack about her fellow competitors.

Unfortunately, according to a Facebook post from Roger Schwab, a close friend to Stacey, she heartbreakingly lost her life. According to the post, she tragically passed on New Year’s Eve, “suddenly and quietly.” 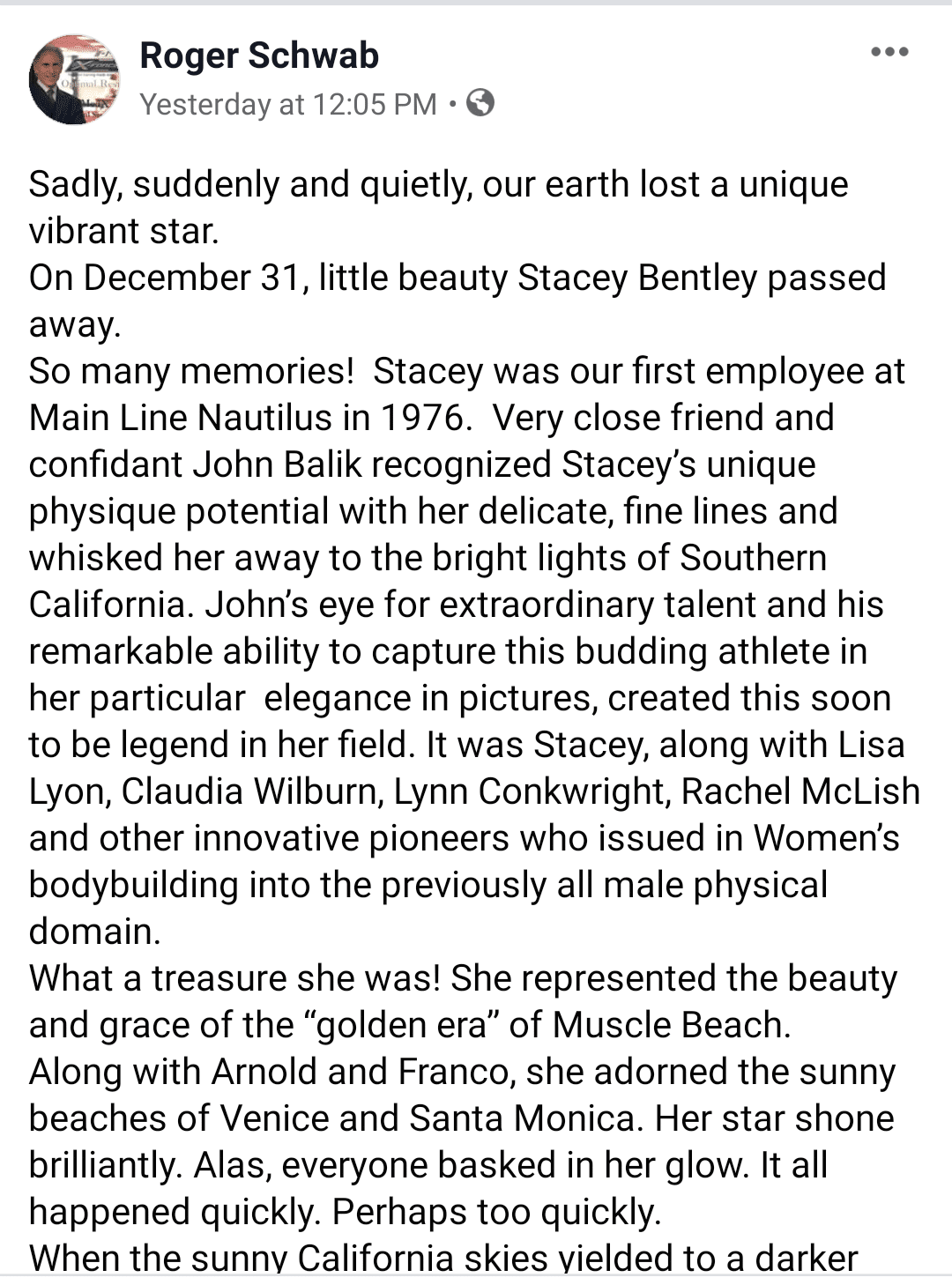 So many memories! Stacey was our first employee at Main Line Nautilus in 1976. Very close friend and confidant John Balik recognized Stacey’s unique physique potential with her delicate, fine lines and whisked her away to the bright lights of Southern California. John’s eye for extraordinary talent and his remarkable ability to capture this budding athlete in her particular elegance in pictures, created this soon to be legend in her field. It was Stacey, along with Lisa Lyon, Claudia Wilburn, Lynn Conkwright, Rachel McLish and other innovative pioneers who issued in Women’s bodybuilding into the previously all male physical domain.

What a treasure she was! She represented the beauty and grace of the “golden era” of Muscle Beach.

Along with Arnold and Franco, she adorned the sunny beaches of Venice and Santa Monica. Her star shone brilliantly. Alas, everyone basked in her glow. It all happened quickly. Perhaps too quickly.

When the sunny California skies yielded to a darker side of bodybuilding, Stacey, having realized her own physical potential, sought her way out, a new direction, a new life.

The recognition and admiration
had been overwhelming. Leaving, created a void. Through profound faith and the insatiable need for giving and helping others, Stacey, often painfully, at times triumphantly, made her way through the “long and winding road” of life.
She called me on December 28 just to say “hi.”

She sounded strong, healthy and loving.
Now she is gone. God, please bless her.”

This news of the loss of Stacey Bentley is a saddening way to start off the new year. FitnessVolt sends it’s sincerest condolences to her friends and family.