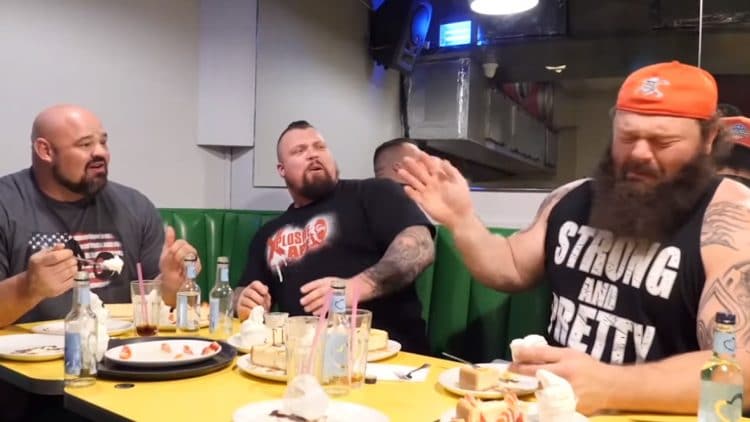 Top Strongman athletes responded to mean comments before the 2019 World’s Strongest Man competition took place and they sure had fun doing it.

Now, the first question was “How bad are Eddie Hall’s farts?” Well, apparently they’re so bad, the owner of a restaurant had to ask him to stop, according to Robert Oberst. But there were several first-hand accounts of his terrifying farts.

Then, Brian Shaw was asked if he’ll beat the Mountain (Hafthor Bjornsson), or if he’s just training for second place; Shaw responded with, “Well, that is a good question but if I’m counting correctly, I’m pretty sure I have four titles and he (Bjornsson) has one.”

The next question was, “How come they are the strongest in the World but they don’t have abs?” Most responded saying that they do have abs but they’re just hiding underneath.

There was also some discussion about pooping pants and Shrek, so check out the video to see the entertaining responses by the big men!