Terry Crews pays his respect to late Michael K. Williams in a workout video ahead of America's Got Talent semi-final 2 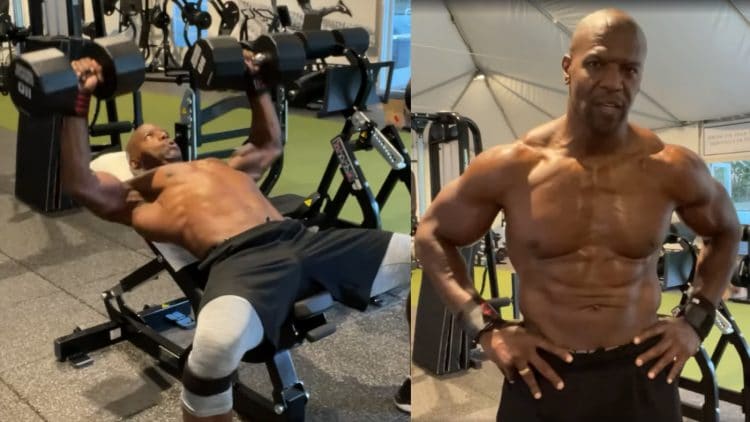 Former Football player Terry Crews is best known to masses for his portrayal of NYPD lieutenant Terry Jeffords along with his roles in the Expendables series. The 53-year-old actor and America’s Got Talent host has one of the most enviable physiques in Hollywood. Crews’ social media videos often provide a glimpse into his workout and diet routine.

Hours before America’s Got Talent semi-final, Terry Crews shared a gym video of his chest and arms workout he does before a big event. The 53-year-old cited the people chasing their dreams with passion on AGT as the source of his motivation. While stating that he has a plenty of dreams that he hasn’t achieved yet, Terry Crews stated:

“Hey everybody. I’m really excited today. There’s semi-final no.2 for AGT. We are one week away from the finals. And man, it’s early in the morning. I get super, super pumped up on these days man. Just because watching people go for their dreams, just surprise me to keep going for mine.”

Appealing to followers to check out his form and to make sure he’s not making any errors, Terry Crews then went on to perform a perfectly executed set on Dumbbell bench press for chest, lifting 110 kg (~242lbs) on each side. The set was followed by hammer curls with 22kg (~48lbs) dumbbells

You’ve got to ask yourself how much are you willing to pay for the money you make?” Terry Crews said after completing the sets.

GETTING READY FOR America's Got Talent SEMI-FINAL 2 TONIGHT ON NBC !!! #AGT #workout

American actor Michael K. Williams, best known for his portrayal of Omar Little in HBO drama series The Wire, passed away on September 6 due to reasons yet unknown. In the later part of the video, an emotional Terry Crews went on to pay a tribute to the deceased actor. Crews said:

I really got hurt, man. My man Michael K. Williams, seeing that he passed away yesterday, man, it broke my heart. I met him a couple of times, didn’t really know him. But man, I was a fan of everything he did. He’s gone way too soon, man.

The second semi-finals of America’s got talent took place on September 7. While Lea Kyle and Victory Brinker advanced into the finals owing to online public vote and judges’ votes respectively, Northwell Nurse Choir, Josh Blue and Brooke Simpson also made their way into the finals.

The 2022 USPA West Coast Classic took place on November 5th, in Vista, California, and everyone anticipated the comeback of...