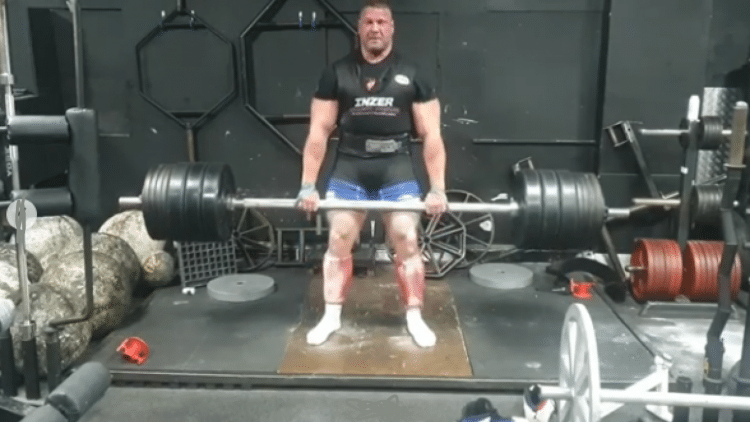 Terry Hollands was looking to prepare for the Britain’s Strongest Man contest. However, he suffered a bit of a setback while doing a deadlift set.

Things have slowed a bit in 2019 for Hollands, as he took a bit of a step down. However, he did win the World’s Strongest Man Master contest, which has led him to want to compete again at the British Strongest Man contest early next year. Moreover this will be his first time in this contest in several years, so he was looking to prepare for that with some heavy deadlifts, earlier today.

However, when Terry Hollands hit the gym for those deadlifts, things did not go the best. He uploaded a pair of videos to Instagram, showing his attempt to hit 340kg for five reps. Although when he was attempting this, he says he started experiencing some problems with his index finger, which made him quite early. As a result, he came back in the second video, to go for a 360kg lift for a single.

“Well todays deadlift didnt go quite to plan. Ws meant to be 340 for 5 on the axle bar but my index finger decided to start burning then went completely numb. Stopped at 2 as obviously something wasnt right.

2nd vid is 360 just so I dont cry myself to sleep tonight because of how pissed off i am haha.
On the plus side I definitely had 5 easily so all is good”

As Hollands alludes to, he was not struggling with the five reps, outside of the minor injury in his finger. On top of that, he was able to get back to lifting. So it would appear that whatever was going on with his finger was not too serious.

Hopefully Terry Hollands has no further issues out of his finger, and will be set to compete at the Britian’s Strongest Man, on January 18th, 2020.