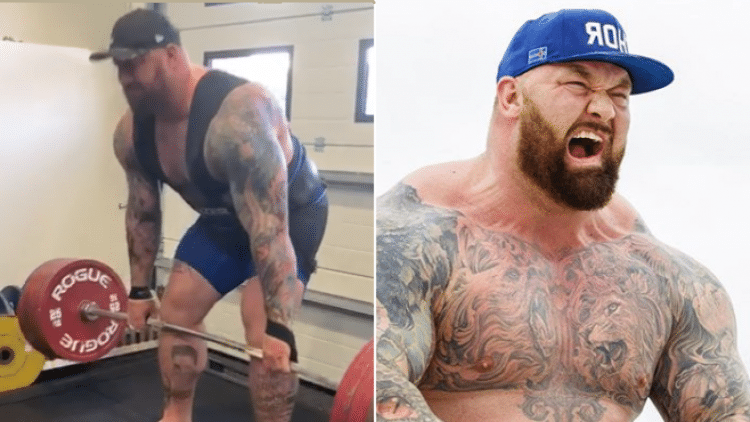 Thor Bjornsson may not have been able to compete to his fullest at this year’s World’s Strongest Man competition. Nevertheless, he is still out here showing us that he really is incredibly powerful.

Bjornsson, a.k.a. “The Mountain” from Game of Thrones was crowned 2018’s World Strongest Man. Unfortunately, he was forced into a disadvantage in this year’s event, due to an injury suffered in the first day of the action. Despite that, he still gave it his all and finished in 3rd place. This was his 8th year making on the podium, even if it is not 1st place.

Although he may not technically be the World’s Strongest Man anymore, Bjornsson is still inhumanely powerful. He demonstrated this ability on Instagram recently. In this video, he is seen deadlifting 815lb. Even more impressively, Bjornsson looks so unimpressed by what he is doing. Check it out.

Bjornsson has already been seen hitting a 1,046lb deadlift at the Arnold Classic this year. So by those standards, one could consider that “easy.” On this side of the screen, it is still incredibly impressive.

Thor Bjornsson is one of the most incredible strongmen ever seen. He blows people away almost every time he steps to the weights. Incredibly enough, he was able to set a record for the heaviest Elephant Bar deadlift.

Martin Licis was crowned the 2019 World’s Strongest Man. It will be incredible to see these two go head to head next year when Bjornsson is not injured. This plantar fascia setback was super detrimental to his performance this year. So perhaps, when 2020 comes around, we will see a back and forth battle between these two behemoths.

Until then, you can follow the training of Thor Bjornsson on his Instagram. Also, stay tuned to FitnessVolt for more updates, as he heals up.