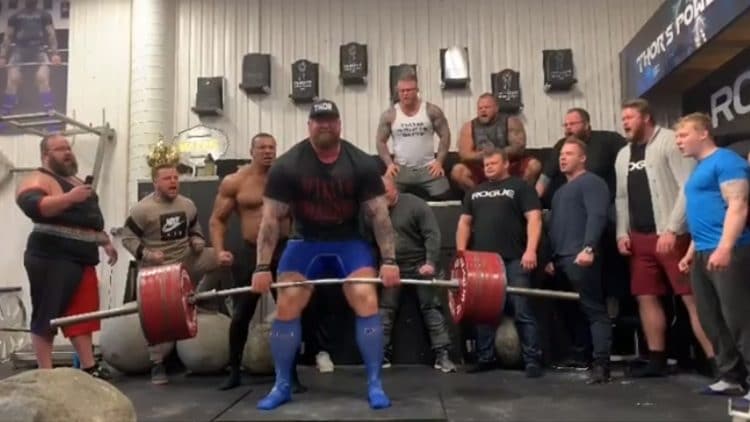 The Mountain defies humanity with a massive deadlift personal record!

It’s true, the World’s Strongest Man Hafthor Bjornsson hit a 1042lb/473kg deadlift on an Elephant Bar which makes this the heaviest ever recorded. Now, the lift won’t be an official record since no one was there to verify it but the video itself is more than enough proof.

This is really big for Bjornsson as he surpassed his previous personal record of 1,041lbs/472kg which he achieved at the 2018 Arnold Strongman Classic.

It’s safe to say that it’s going to be a scary year for the other Strongman competitors with Thor in this kind of shape and hopefully, he exceeds expectations at the 2019 Arnold Classic.

Now, back to the impressive deadlift… you’re probably wondering the difference between an Elephant Bar and a standard deadlift bar (There’s a big difference). The standard barbell usually used in most gyms weighs 45 pounds and is 7 feet in length.

The massive Elephant Bar weighs 65 pounds and is 9 foot, 7 inches long with extra length to accommodate even more weight for the “super-strong” lifters. This barbell is made by the company Rogue and is used in many Strongman competitions.

We knew Bjornsson was strong but now he’s leaning on the side of “next level” strength. But it also helps when he has the phenom, and personal record king, Larry Wheels, by his side cheering him on!