Mary Gregory gets a big win but not without a lot of opposition. 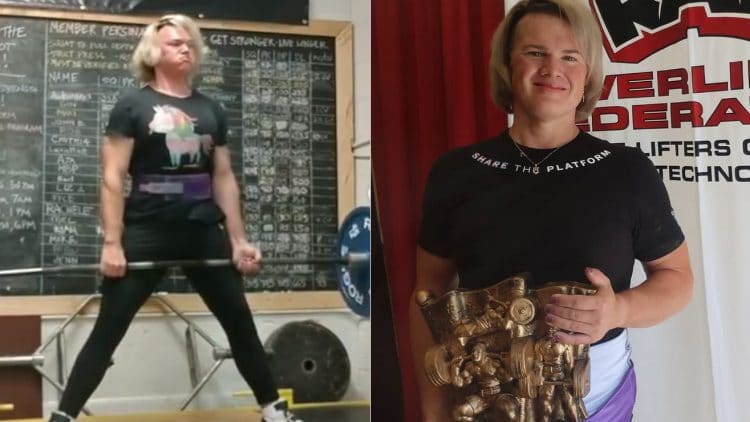 But the problem was that she did not identify herself as transgender before competing which caused the 100% Raw Powerlifting Federation to acknowledge the incident. 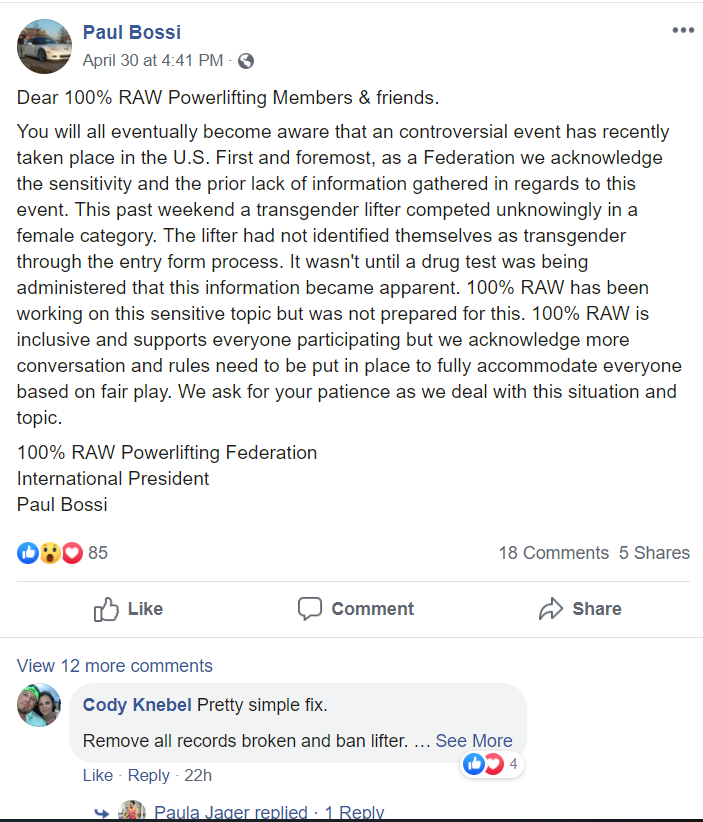 Gregory was absolutely thrilled to have gone 9/9 in the competition while setting World records but now, this all must seem too good to be true as her future in powerlifting is now uncertain.

“A huge thank you to @raw_powerlifting_federation_ , from the bottom of my heart! As a transgender lifter I was unsure what to expect going into this meet and everyone- all the spotters, loaders, referees, staff, meet director, all made me welcome and treated me as just another female lifter- thank you! And thanks to all the fans in the audience who cheered me on and congratulated me!”

“And thank you to all the peeps on Instagram who reached out to offer your support!”

“This is a trans woman a male body with male physiology setting a world record & winning a woman’s event in America in powerlifting. A woman with female biology cannot compete.. it’s a pointless unfair playing field.”

Its a bloody joke and all getting ready for biological women to boycott certain events.Have a trans category if need be but even better a trans games.Otherwise i’m starting to worry about the backlash and abuse that the trans community will get from spectators. It will happen!

The reason we have men & women’s races are because we are biologically different. Performance 100% confirms that. The reason steroids (including testosterone) are on the banned list is because using them gives you an advantage. FairPlay is racing by biology by sex not by gender

Earlier this year USA Powerlifting put on a ban on transgender athlete participation after Jaycee Cooper who made a male to female transition; tried to join the organization. She believed it was unfair and turned to a member of Congress in an effort to have the ban overturned.

So far there have been no updates from USAPL as the ban still stands and Cooper is still fighting for the opportunity to compete.

But the big story is Mary Gregory who now has to face the likeliness of having her World record numbers overturned which is unfortunate but it’s only fair to in respect to the biological female athletes who trained hard for the competition.