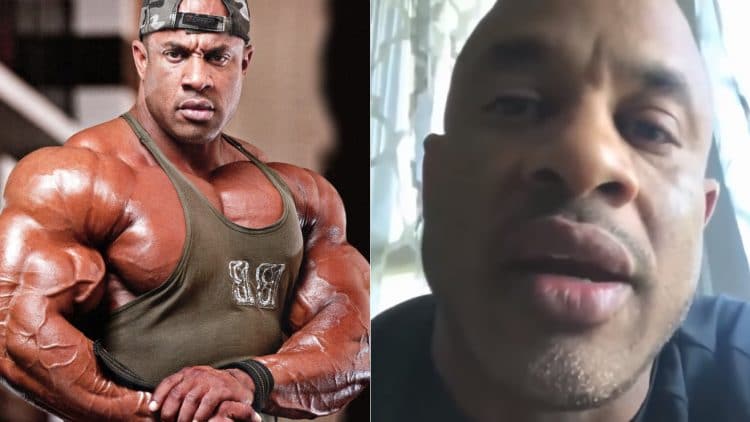 Victor Martinez sat down for a video interview with Muscular Development where they discussed the future of Open bodybuilding. But Martinez explained that even though Open bodybuilding died down a little, it’s still the biggest division even though Physique has come up a lot in popularity.

“The Open class is not going anywhere. It died down a bit because it went down to certain easier classes. Anybody can do Physique,” Martinez said. My brother who did 13 years in jail came out, he looks good enough to do Physique”. It just makes it realistic for a lot of people that can’t, and will never ever be able to do bodybuilding. Bodybuilding is too hard”.

Now, Martinez doesn’t dislike the Physique class as he was a competitor in that division at one point. He explains that all bodybuilders start out in Classic Physique.

But then he goes on to say Classic is the:

“Planet Fitness of the gym industry.” “Anybody can come and at the end of the day have a pizza and still be able to compete”.

At the end of the day, bodybuilding is still the freak show, that’s still going to be the biggest money maker and that’s what ultimately very few can get to”.

The Rock Reveals His Secret Workouts For Jumanji And You Need To Try Them!

The 2021 KO Egypt Pro bodybuilding contest took place October 31st, in Cairo, Egypt. This is the complete results of...

The Men's Open Division of bodybuilding is, of course, the most exciting and watched division in the sport. Now it...

The 2021 IFBB Mr. Big Evolution Pro Portugal went down July July 16th-18th, in Estoril, Portugal. This is the results...