World’s Strongest Man To Return To Florida For 2020 Contest 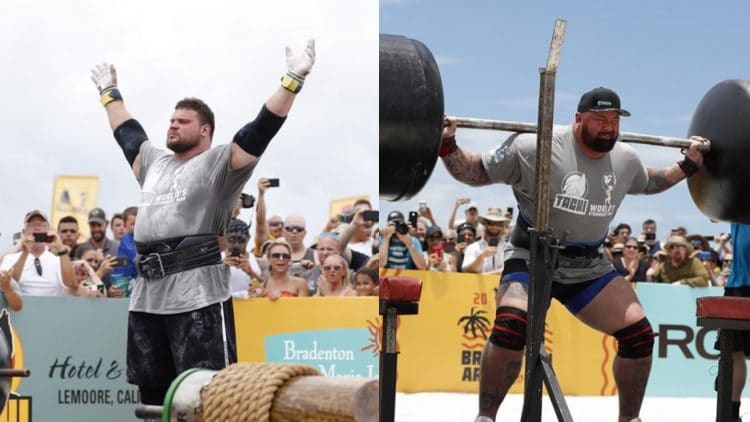 The World’s Strongest Man contest is one of the biggest events that happens in strongman competition. It will be returning to Florida for the second year in a row, in 2020.

The WSM is by far the premier contest for those who want to test their strongman skills. It puts the best of the best against each other, attempting to prove that they are the strongest in the world. However, in the end, only one man will rise to the top, and earn that prestigious title.

Last year’s WSM saw the event take place in Bradenton, Florida, with Martins Licis winning the competition. This was the first time the contest had taken place in the United States in several years. On top of that, it was Licis’s first time winning, improving from fourth place the year prior.

Following this, there were questions as to if the World’s Strongest Man would return to the U.S. again. Well, those questions have been answered, and the answer is yes. Not only that, but they have confirmed that they will go to Bradenton yet again, this time from May 20th-24th. Eddie Hall made a video announcing the news, which was posted to WSM’s Instagram.

“The 2020 SBD World’s Strongest Man Championship will return to Bradenton, Florida. We’ve partnered with @visit_bradenton and our new title sponsor, @sbdapparel , to bring you your favorite competition. Wednesday, May 20th – 24th. Stay tuned for hotel information and a full schedule.”

In addition to that, it was also revealed that this year, the event would be called the SBD World’s Strongest Man Championship. This comes as a result of a sponsorship agreement with SBD Apparel, Hopefully, this will help boost the overall show, now that they have this backing.

The 2020 SBD World’s Strongest Man Championship will certainly be an exciting one. It will be curious to see if Martins Licis can continue his reign of dominance, or if established competitors like Hafthor Bjornsson will recapture the throne.