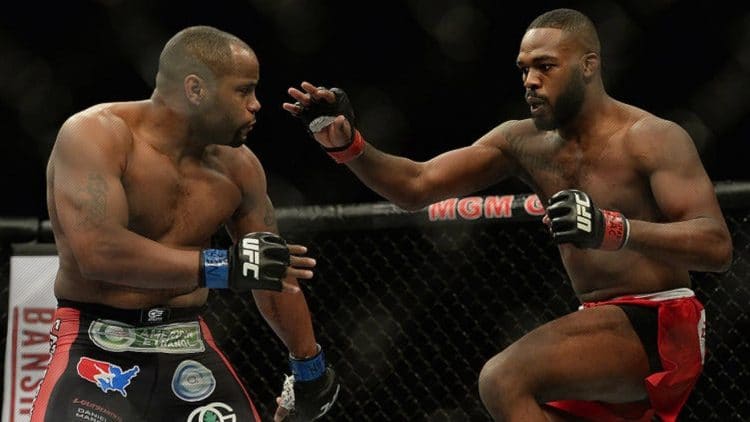 It’s another day and another round of trading barbs between UFC light heavyweight champion Daniel Cormier and rival Jon Jones, who shared unpleasantries this weekend on Twitter regarding Cormier’s claim that the former champion’s entire career is clouded by steroid use.

Jones (22-1) has fought just once over the past two years — a cautious decision win over Ovince Saint Preux — as his personal and professional life swirled into a downward spiral following brushes with the law that cost him his UFC championship. In July, he is eligible to return from a one-year suspension for failing a pair of pre-fight drug tests ahead of UFC 200.

On Friday, Cormier, 38, responded to a fan question on Twitter, which reignited his beef with Jones, 29, over the next few days. Here is a look at the most interesting responses:

He won't. He doesn't have that ability. He never has. Even when he juiced his way to deadlifting 600lbs he couldn't KO Ovince https://t.co/wEXoAoDtEJ

U hid from usada bruh. Yes u did steroids. You have always done steroids. U tried to cheat me. So shut ur bum ass up. https://t.co/KFfVvd7feA

Cormier (19-1), whose lone professional loss came to Jones in 2015, captured the title in Jones’ absence and has recorded a pair of title defenses, including a second-round submission win over Anthony Johnson in their April 8 rematch.

It’s likely that both of their next bouts will be against each other despite the UFC proving unsuccessful on two occasions previously to book their rematch, including last July at UFC 200. Because of that, UFC president Dana White remains uneasy about booking Jones in the main event again, which he said makes means a Jones-Cormier rematch at UFC 213 in July unlikely.

White said he never spoke to Jones throughout the entire weekend at UFC 210 in Buffalo, New York, and has no plans to until Jones’ suspension by USADA for taking the banned substances clomiphene and letrozole is up.