Dwayne Johnson Kicks It Back To The ’90s When He Had A Flattop, Turtleneck & Fanny Pack 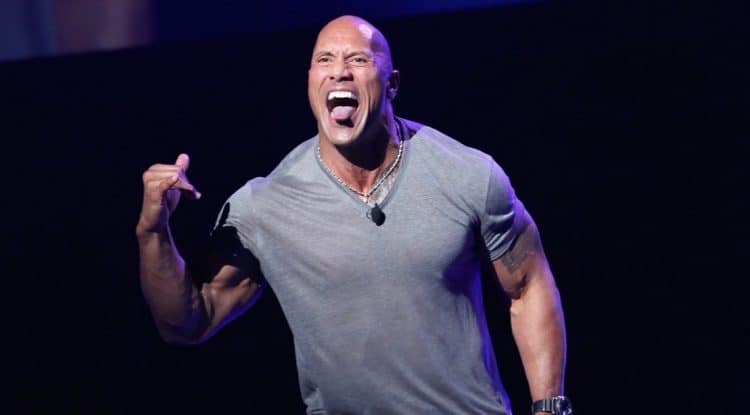 There’s a reason Dwayne “The Rock” Johnson is the world’s biggest star, and that’s because he’s kind of the best…

Dwayne Johnson has set the world on fire, for at least the last three years. He’s been named the highest paid actor, he’s been crowned the Sexiest Man Alive, and he’s a giant reason The Fate of the Furious made more than a billion dollars.

His latest triumph included him entering the “Five-Timers Club” for SNL hosts, which is where he took this iconic re-creation. The original has pummeled social media over the last few years, but “The Rock” gave us some background info in the caption as to what was going on in his life prior to taking this pic.

Johnson, whose net worth is reportedly $190 million, began the lengthy post,

“When I took this iconic absurdity of a picture in 1996, I was one year removed from sleeping on a used mattress I took from a garbage dumpster in the back of an hourly sex motel. Couldn’t afford to buy a bed so we do what we gotta do to get by. You can imagine all the fun colorful bodily fluids I tried my best to clean off.”

The 45-year-old continued, “21 years later I’m taking the same photo backstage hosting #SaturdayNightLive for the fifth time. If you’re going thru your own tough times ‘used mattress’ stage, do your best to have faith things’ll get better and always be willing to outwork your competition because you never know where life is gonna take you.”

The humorous, yet inspirational post went on, “And ALWAYS remember to place a soft tissue under your left elbow as to protect the fabric of the cheap ass swag turtleneck that had you out here looking like a bad ass buff lesbian. Oh and tuck the thumb in the fanny pack. Always tuck the thumb.”

Let’s just say Johnson is definitely a trooper. He also dropped a jewel of motivation, “If you’re going thru your own tough times ‘used mattress’ stage, do your best to have faith things’ll get better and always be willing to outwork your competition.”

“The People’s Champ” also shared another quick story of how his lucky socks placed J.J. Abrams and Steven Spielberg at his door before shooting SNL.

WATCH: The Biggest, Baddest, And Best Bodybuilders Of The 90’s