UFC Stockholm: Alexander Gustafsson Stuns His Girlfriend After His Opponent 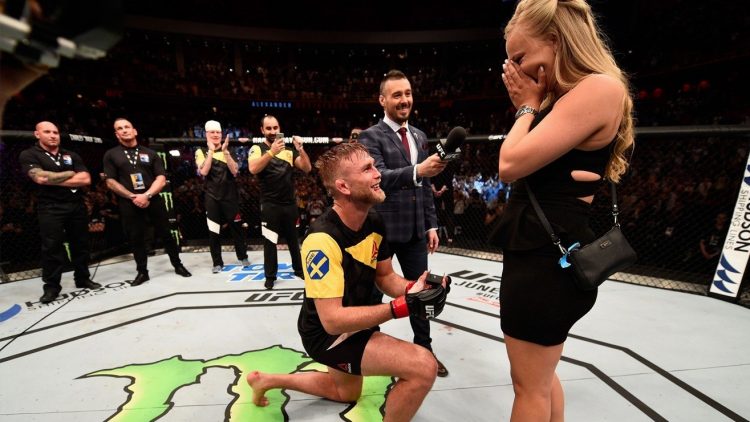 Hometown hero Alexander Gustafsson scored an epic knockout win over Glover Teixeira at UFC Fight Night in Stockholm to confirm his position as the number one contender in the UFC light heavyweight division – then got engaged.

Gustafsson, who recently became a father, dominated the first round combining swift movement and precise striking to keep the 37-year-old Brazilian on the back foot.

With Teixeira’s sight hindered after an accidental eye poke, the Swede continued to exert pressure and landed a flurry of shots to knock down his opponent midway through round two.

Gustafsson knocked down his opponent again at the start of the third round and landed a series of telling elbows, but the veteran Brazilian showed tremendous resilience to recover. However, a minute into the fifth and final round, Gustafsson landed two uppercuts and a right hook to end Teixeira’s brave stand and send the raucous Swedish crowd wild.

Just seconds after Gustafsson finished Glover Teixeira with a stunning performance, he welcomed his girlfriend into the Octagon before dropping to one knee to ask for her hand in marriage.

“I love you and thanks for having a kid. I love you with all my heart. Do you want to marry me?” Gustafsson said as the Stockholm crowd erupted in approval.

Gustafsson’s soon-to-be wife accepted before slipping the engagement ring on her finger.

Gustafsson also just recently welcomed his first child to the world, so he’s got a lot to be happy about right now.

As much as Gustafsson will celebrate his win over Teixeira on Sunday, he likely enjoys his new engagement even more.