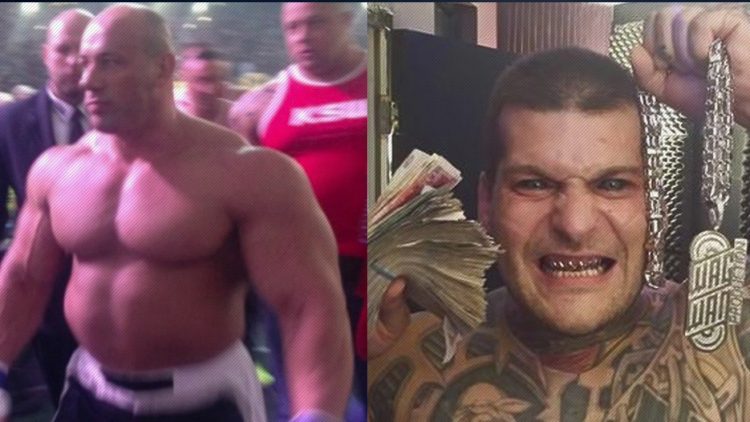 Popular Polish promotion KSW held one it’s most entertaining fight cards over the weekend with many wild freak show matches. In this fight wee see this giant former Bodybuilder named Robert Burneika taking on a rapper who has his eyeballs tattooed named ‘Popek Monster’. 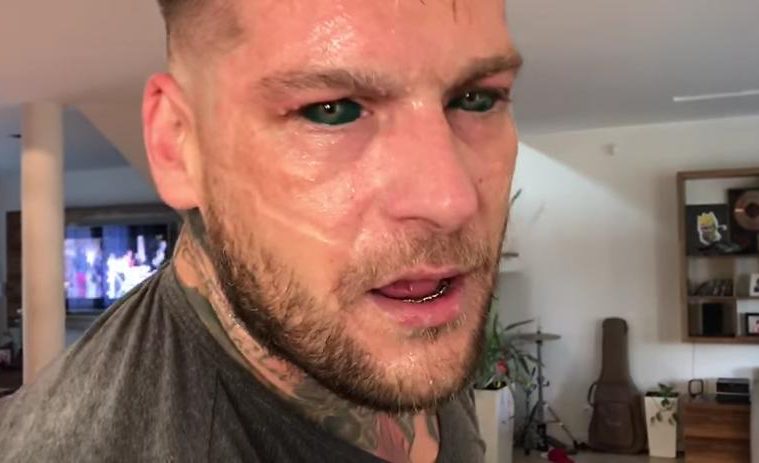 Popek actually fought against Pudzian in his last MMA bout and although he lost way of a devastating first round knockout, the rapper wanted to test himself against another massive bodybuilder.

Most fans thought Popek had no chance against the massive Burneika – who’s biceps measuring an astonishing 63cm (25 inches) in diameter – but this time, however, the rapper was the one dishing out the punishment rather than receiving it.

As soon as the opening bell rang out, Popek went on the attack and landed a massive left hook to Burneika’s dome. The former bodybuilder was visibly rocked and never managed to recover, and his much smaller opponent pinned him to the canvas and unloaded a deluge of punches to Burneika’s head and body. 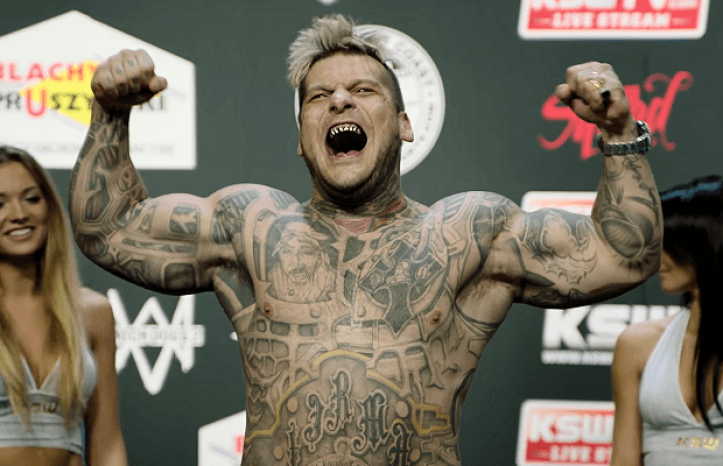 He managed to hold out for about 40 seconds, but the referee called an end to the contest when Burneika was unable to fight back or adequately defend himself.

Widely known for their freakshow matchups and high-quality promotional videos, ‘Konfrontacja Sztuk Walki’ are making a name for themselves in the world of MMA. Founded in 2002, KSW is now widely considered to be the premiere MMA organization in Poland and is one of the leading promotions in Europe. 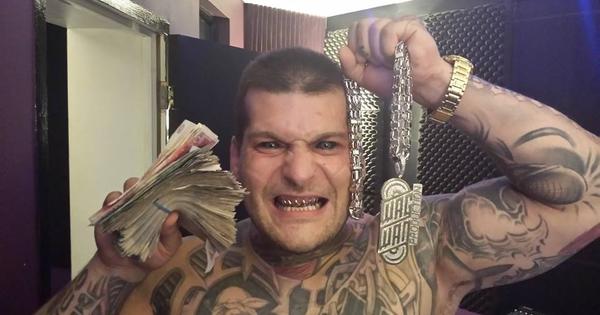 By the looks of things, they don’t give a fu*k about testing for PED’s, but no one can deny that their events generate a hell of a lot of excitement, as illustrated by the 58,000 in attendance for this event.

WATCH: When Your Form Doesn’t Matter