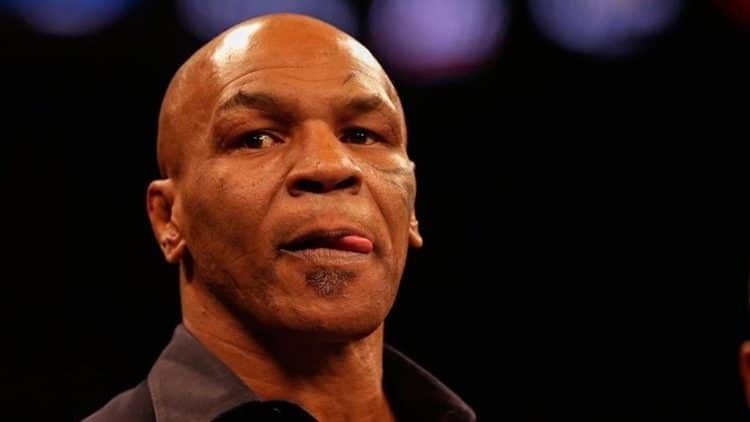 Heavyweight boxing legend Mike Tyson has become quite a fan of the UFC over the past few years, but that doesn’t mean he’s suddenly giving Conor McGregor a chance to beat Floyd Mayweather if they meet in a fight later this year.

Tyson has added himself to the list of former boxers to condemn a possible super fight between Conor McGregor and Floyd Mayweather.

Tyson believes McGregor will look ‘ridiculous’ in a fight against Mayweather, which could take place as soon as September.

The former world heavyweight champion joined Oscar De La Hoya in his criticism of a potential match-up between a boxer and a UFC fighter.

He didn’t, however, go as far as to say it would tarnish the sport of boxing, a sentiment shared by De La Hoya.

‘No, I don’t believe it can ruin boxing at all,’ Tyson said.

‘Only way it can ruin boxing is if McGregor goes and boxes Floyd because he’s going to look really ridiculous boxing him. But if he goes in there with the UFC stuff, now this could be pretty interesting. McGregor doesn’t win in a boxing match.’

It emerged on Friday that a fight between the pair seems to be a formality with a possible date being set for September this year.

McGregor’s friend Abner Lloveras told American TV that a date had been agreed.

He told Gol TV’s ‘La Hora de la UFC’ programme said: ‘The big news that I want to tell you is that the fight between McGregor and Mayweather has a date. It will be in September.’