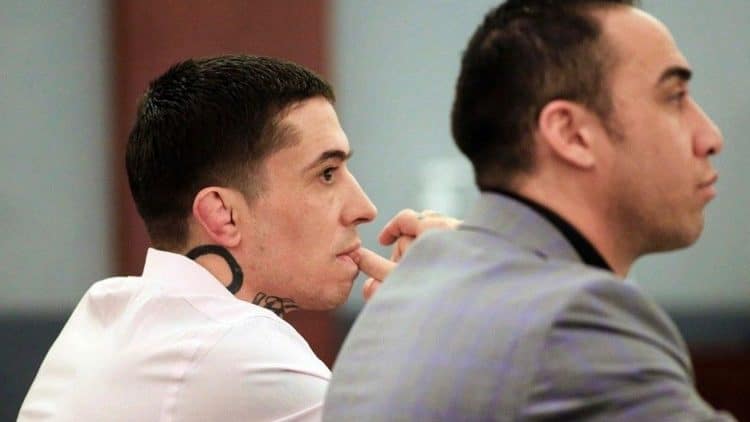 War Machine, a former UFC and Bellator MMA fighter who was born Jonathan Koppenhaver, was sentenced to life in prison on Monday with the possibility of parole after 36 years for the brutal beating of ex-girlfriend Christy Mack.

The charges stem from an August 2014 attack in which prosecutors said War Machine broke into the Las Vegas home of Mack, an adult film actress, and attacked her and boyfriend, Corey Thomas, for two hours before Mack was able to escape to a neighbor’s house and get help. 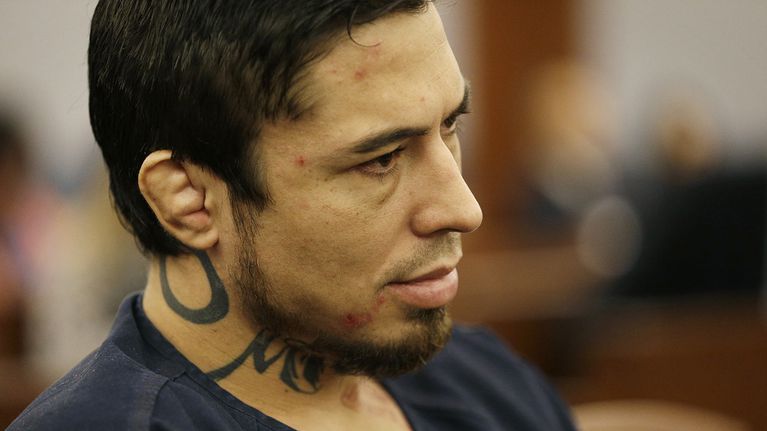 Koppenhaver faced a life sentence without parole after being convicted in March on 29 of 34 charges. A jury of six men and women remained deadlocked on two attempted murder charges. In addition, Machine was acquitted of burglary with a deadly weapon, sexually motivated coercion and battery with intent to commit sexual assault.

Thomas, who suffered a broken nose, dislocated shoulder, scrapes, bruises and bite marks, testified that Koppenhaver only stopped his attack when Thomas asked if his “end game” was to kill or release him. After Thomas was let go, Koppenhaver left Mack, who needed plastic surgery to correct the damage, with broken teeth, a fractured rib, 18 broken bones in her eye and a severely ruptured liver.

At one point during the beating, Mack was told by the ex-fighter, “Now I have to kill you. I’ve gone too far.”

A tearful Mack appeared before the court Monday saying that no amount of jail time for Koppenhaver will stop her from fearing for her life.

“I don’t know if my life will feel complete in 12 years or 30 years and neither do you, but I do know when he gets out he will kill me,” Mack said, according to the New York Post.