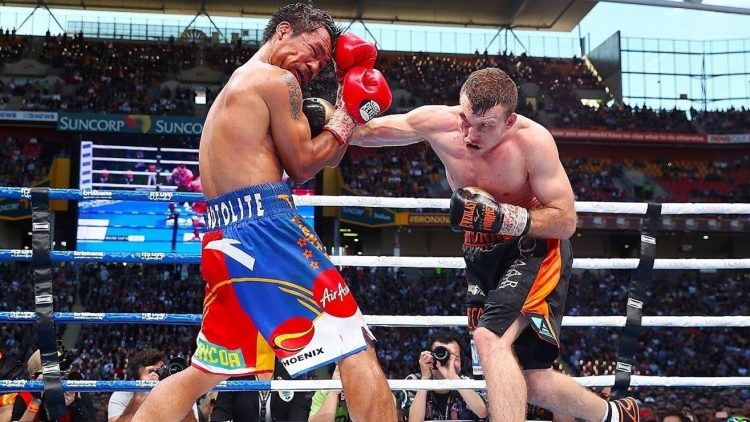 Jeff Horn absorbed tremendous punishment throughout the fight. He took so much in the ninth round that the referee nearly stopped the fight in his corner. He was a bloody mess.

But Horn pulled a massive — and controversial — upset, as he was awarded a unanimous decision against Manny Pacquiao to win a welterweight world title before an adoring hometown crowd of some 55,000 at Suncorp Stadium in Brisbane, Australia on Saturday night (Sunday morning in Australia).

Pacquiao (59-7-2, 38 KOs) has been here before, losing a decision and a welterweight title to Timothy Bradley Jr. by split decision in 2012 in one of the most controversial decisions in boxing history. Like he was after that loss, which he avenged twice, Pacquiao was gracious.

“That’s the decision of the judges,” he said. “I respect that.”

Pacquiao holds the contractual right to a rematch, and he said he would exercise it.

“Absolutely, yes,” Pacquiao said of fighting Horn again. “We have a rematch clause, so no problem.”

Build Barbaric Thighs With The King Of All Exercises