Jeff Horn Who Beat Pacquiao, Calls Out Floyd Mayweather And People Can’t Seem To Handle It 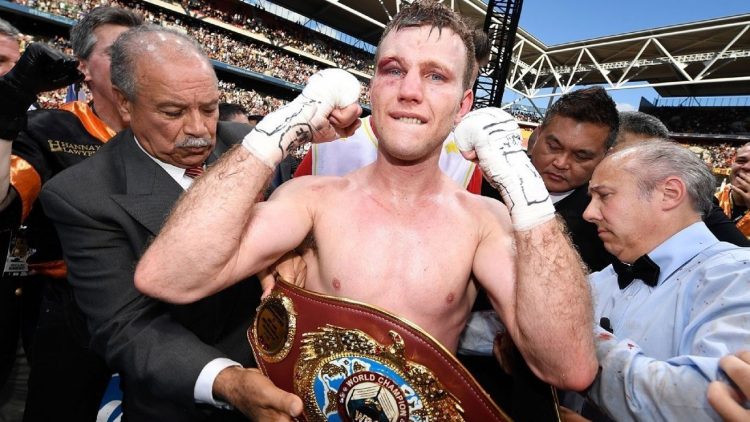 It’s safe to say that many were surprised by the decision in Saturday’s fight between Jeff Horn and former champion Manny Pacquiao. Horn shocked the world by pulling off a decision victory, taking the title and gaining a lot of notoriety amid the controversy.

Plenty have spoken out about the decision, including Teddy Atlas and Stephen A. Smith, with most feeling like Pacquaio was robbed of a win:

I'm done with boxing! Unless @FloydMayweather fighting! #imdone most corrupt sport ever. This ain't a sport it's a Hustle. #TRUTH

But the results of the fight paled to where Jeff Horn went after he was declared the winner and placed in front of a live microphone.

Some might say that calling out Floyd Mayweather is the smart thing to do after you’ve allegedly fallen into a victory you may not have deserved. Boxing is a game about promotion as much as it is about skill inside the ring, so calling out the guy who arguably the greatest boxer of a generation is what you’d want to do. Also, it’s unlikely a guy like Mayweather would agree to the fight, where calling out Canelo Alvarez or something might end with severe swelling of your mouth.

But other people went ahead and took the other route, saying Horn was a little too big for his britches by calling out Mayweather:

Did Jeff Horn just call out Floyd Mayweather? Just stop bro and enjoy your gift from the judges. #PacquiaoHorn

Wait did Horn really just call out Floyd…? 😂Needs to be thankful he got that victory and call it good.

Others found that the Horn’s victory over Pacquiao was a positive compared to what we might see with Mayweather’s showdown with Conor McGregor later this summer:

Next up: the square dance between Floyd and Conor

Clearly all eyes are on Mayweather, even with Canelo Alvarez taking on GGG possibly meaning more for boxing in the long run. If we see Jeff Horn rush the ring after August’s big bout, we’ll know things are for real. We might even give him credit if he shows up outside the arena begging for the next fight.