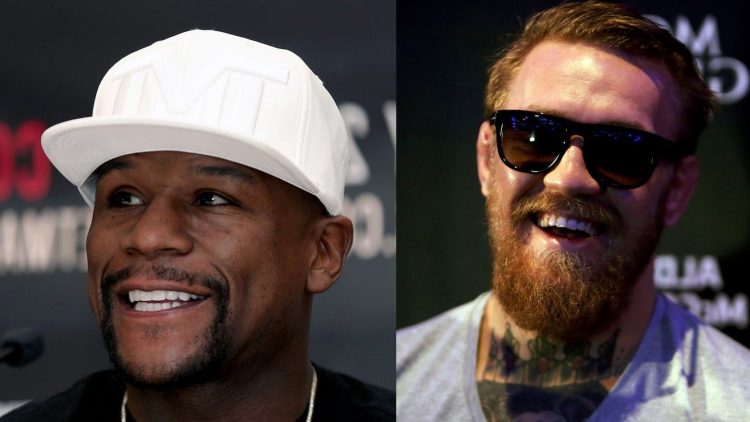 Floyd Mayweather’s motivation to climb back in the ring and fight UFC champion Conor McGregor may have been revealed. The undefeated former world champion says he can’t pay off his tax liability from 2015 until he fights the Irishman in August.

The boxer filed a Tax Court petition on July 5 that asks the IRS to allow him a reprieve until the fight.

“Although the taxpayer has substantial assets, those assets are restricted and primarily illiquid,” the petition said, according to the legal website Law360. “The taxpayer has a significant liquidity event scheduled in about 60 days from which he intends to pay the balance of the 2015 tax liability due and outstanding.”

It is not known how much money Mayweather owes, but the IRS had previously argued that Mayweather had the resources to pay it immediately, even if it meant selling the property or taking out a loan, Law360 reported.

Mayweather made about $220 million from his fight with Manny Pacquiao on May 2, 2015. Mayweather shared on social media a photo of a $100 million check — his guaranteed purse from the fight — which did not have taxes deducted from it. Sources confirmed at the time that the check was genuine.

Mayweather is expected to make a similar amount for the McGregor fight.

The petition also asks to reduce the penalty Mayweather received from not paying all of his taxes for the year.

The failure-to-pay penalty is typically 0.5 percent of the owed taxes for each month, according to the IRS website. Mayweather’s 2015 taxes are currently 15 months past due, which would equal a 7.5 percent charge on top of what is owed.

Mayweather, 40, has earned approximately $700 million in his 49-fight professional career, according to a Forbes magazine estimate.

The promotional tour for the fight starts this week in Los Angeles, and will also take in New York, Toronto, and London.

The tour hasn’t even started yet and Conor McGregor is already taking his shots.

“The Notorious” responded to an ESPN report that Floyd Mayweather Jr. is asking for a reprieve from paying taxes until after the two men fight in a video interview with TMZ on Monday.

The TMZ reported ask McGregor if he thinks Mayweather needed to fight him to pay off the IRS and the reply was a typical one from the Irishman, rife with f-bombs.

McGregor also addressed the reported pay-per-view price for the fight: $100.

The cameraman asked if McGregor was going to be wise with his money and avoid tax issues like Mayweather.

“How does it look, mate?” McGregor said. “I’m on Rodeo Drive, blowing through f*cking loads of it. Nah, I don’t know. I’ll be smart.”

WATCH: The Most Badass MMA Moments