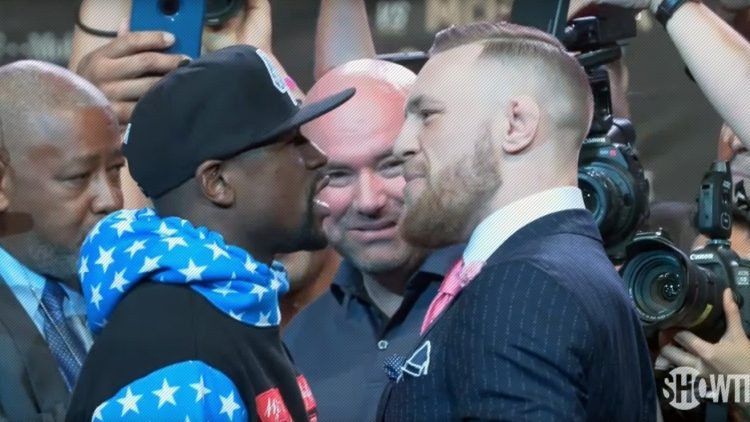 The undefeated American will face off against the UFC legend in the boxing ring on August 26 in what is one of the most eagerly awaited bouts in years.

And promotion duties get underway on Tuesday evening when the pair share a stage for the first time at the Staples Center in Los Angeles.

This will be the first of a whistle stop tour which will see them face the media in Toronto, New York, and London over the next three evenings.

Watch the first part of their international trip in our live stream above.