WATCH: Floyd Mayweather: ‘I Don’t Believe’ Conor Mcgregor Got KO’d Story ‘Until I See It’ 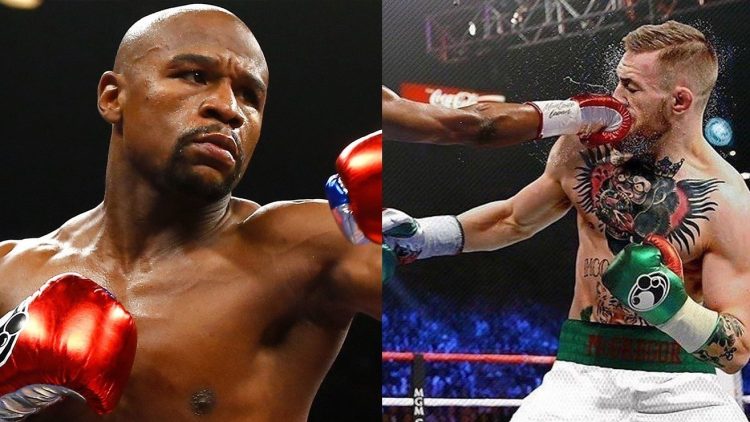 Despite rumors, Floyd Mayweather said that he doesn’t believe Conor McGregor was knocked out during a sparring session.

Mayweather isn’t taking anything for granted heading into his mega-fight with Conor McGregor not even stories about his opponent getting knocked out during a sparring session.

After boxer Jessie Vargas alleged that McGregor was KO’d while sparring, Mayweather reacted to those claims, saying he only believes what he sees.

“My thing, basically, is like this: If I ain’t seen no footage, I don’t believe it,” Mayweather said in a video from FightHype.com. “Me and Jessie Vargas are in communication. We’re talking about working together with Mayweather Promotions. I would love to work with Jessie Vargas. We’ve been communicating. But I can’t—everything is rumors until I see it. I’m the type of person, I have to visually see it with my own eyes.”

“McGregor got knocked out in sparring already, man! The boxing world is small; it’s a small circle.”

Vargas’ story has so far remained unverified by an independent report.

McGregor’s team also pushed back against Vargas’ claims, saying the fighter had his facts wrong. “The guy mentioned by Jessie Vargas is Brandon Rios, not Brad Wheeler. Neither has sparred with Conor,” a representative for McGregor told The Telegraph.

Brandon Rios also confirmed that he had never sparred with McGregor, insisting that he did not know who he was, nor had he ever met the mixed martial artist. “The world’s gone crazy,” said Rios on Monday in an interview with ES News.

“My phone’s been blowing up. I’ve been getting texts messages and calls about this. I’ve never met McGregor, and I don’t know who he is.”

McGregor has long odds to win against Mayweather, considering he’s never had a professional boxing match before, but there are five strategies he can use to keep things close. Whether McGregor was knocked out or not in sparring likely won’t make a difference come August 26 when the two face off in Las Vegas, but it’s surely not the storyline “Notorious” would like six weeks before the fight.

McGregor and Mayweather had a wild and crazy press tour as they went through Los Angeles, Toronto, and Brooklyn (where Men’s Fitness got a behind-the-scenes look of their NYC stop) before finishing in London—dishing trash talk, showing off flashy mink coats and watches, trading personal insults, and hyping up the fight.

Both fighters are training hard for the fight. But Mayweather won’t believe any McGregor knock out stories until he sees them—perhaps one will come on August 26.