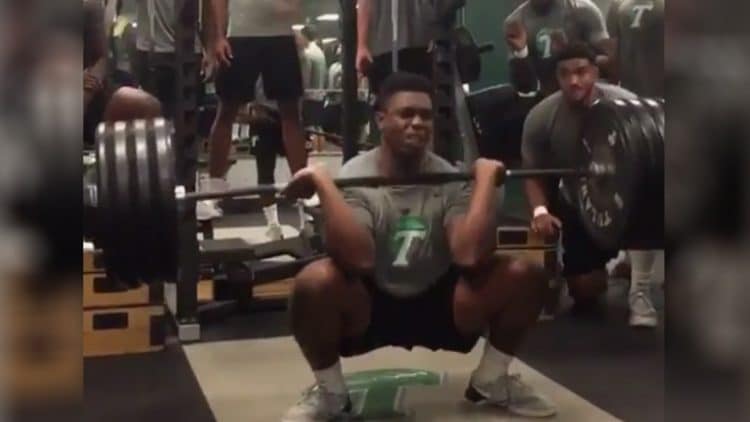 We all know that football players are powerful dudes. Developing greater size and strength is imperative for success in their chosen sport, and some push it to the limits to gain that edge on the field.

Rae Juan Marbley, the 6′, 240-lb senior linebacker from Tulane University is one such athlete. One look at Marbley’s physique and it’s clear to see he puts in the extra work at the gym…and it doesn’t go unnoticed. Just witness how his fellow teammates respond to his monster 400-lb clean. You’d think they just won the national championship.

Along with sharing the video with his Instagram followers, Marbley also succinctly sums up his impressive performance: “Reason why I hustle… New PR.”

“The one thing about Rae Juan is, when he gets you between the clubs, you go down,” Waves’ coach Willie Fritz said. “He’s a strong guy with good attention to detail.” No argument here, the man’s a beast—and with more strength displays like this, his opponents will be sure to know his whereabouts at all times on game day.