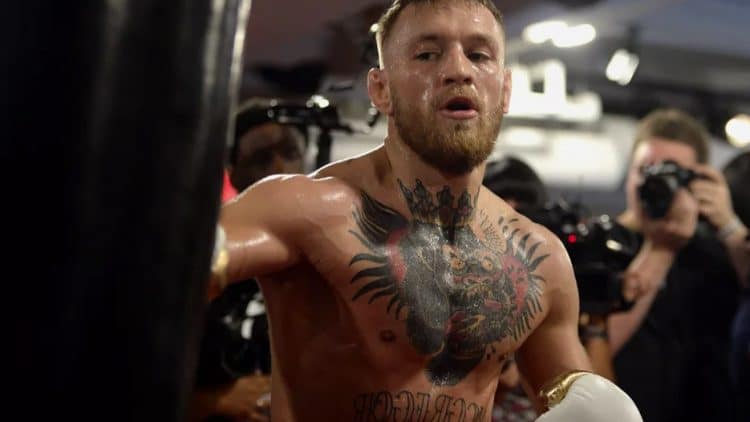 NSAC is currently reviewing Floyd Mayweather’s request to change the 10-ounce glove size to 8-ounces on the night of his boxing showdown against Conor McGregor on Aug. 26.

Both stars agreed to swap their 10-ounce gloves for eight-ounce gloves. Mayweather was the first to introduce the idea, while McGregor agreed to the change!

McGregor wears 4-ounce gloves in MMA and says he would finish Mayweather inside two rounds if NSAC decides to change the rules.

“If we’re eight ounces I’m struggling to give him two rounds,”

McGregor on 8oz gloves: "I'm struggling to even give him two rounds." @TheNotoriousMMA pic.twitter.com/3Pa7FxLMD0

Conor McGregor explained even further as to why he’s going to have an upper hand over Mayweather when the two combat stars meet in two weeks.

“I move differently. I strike different,” McGregor said. “I’m from a different game. I’m from a more ruthless game. You can sugarcoat it any way you want. We get smacked with elbows and we don’t cry. We just have to eat it. We get a smack of a shin bone, a knee, a foot, a heel, and you’ve got to just handle it yourself. So that’s the game I come from.”

Smaller gloves would likely help McGregor’s power land with more ferocity, it will also diminish Mayweather’s ability to block punches with his hands. Of course, smaller gloves with only speed up Mayweather’s punches inside of the ring, so both fighters would stand to benefit from a change from 10 ounces to eight.