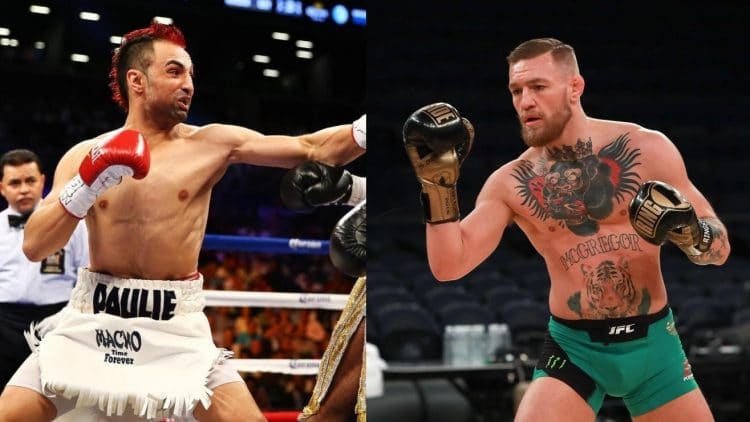 We are still two weeks from Conor McGregor vs. Floyd Mayweather fight, and it seems we have already got McGregor’s next boxing match lined up.

Former world champion Paulie Malignaggi is still fuming from the release of the sparring footage between him and McGregor.

On Friday, McGregor slammed Malignaggi, saying he was just looking for an excuse to leave training camp. Malignaggi was helping prepare McGregor for his upcoming fight with Mayweather.

“He was looking for an exit, the spars were not good for him. He took a lot of head trauma. Straight after it, we were worried. The sparring partners were actually telling us when he was dropped back at the home that he was stumbling out of the car after the 12-rounder.”

McGregor’s camp posted two videos on the internet on Friday of what they claim is a knockdown of Malignaggi, and the second short clip showed Malignaggi taking the hits.

“In my opinion, this was the best thing for him,” said McGregor, who could make $100 million for the fight. “He was looking for a way out. It presented itself and he dived all over it.”

Malignaggi became enraged after reading McGregor’s claim that he beat him senseless during the sparring session and now he is open to doing winner takes all showdown with the UFC champ Conor McGregor.

Malignaggi took to Twitter with a challenge towards McGregor:  ‘Winner takes all.’

I don't need the money, we could do winner takes the whole pot. Based on his footage he should be real confident with a deal like that lol. https://t.co/WGE6Dm81kf

@PaulMalignaggi maaan you are stealing the show! Lol! Now people want to see you fighting Conor rather than Floyd)))

The Brooklyn boxer is willing to settle their dispute in the ring – and he’s ready to put his money where his mouth is.

McGregor said that he is going to be in boxing and MMA moving forward, so this would be really interesting to see if McGregor chose to fight the Diaz trilogy then came back to fight Paulie in the ring.

What you think Paulie a big enough name for McGregor?  Let us know in the comments below!