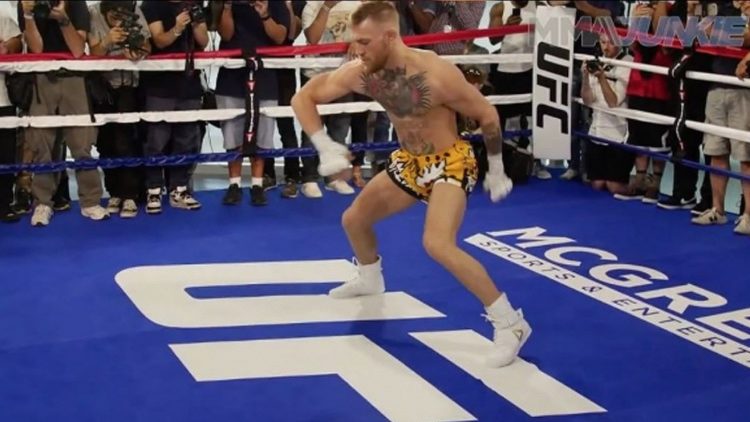 Anyway, this little sequence from Conor caught the attention of one of the top pound-for-pound boxers in the world today. WBC and WBO junior welterweight (140 lbs) champion Terence Crawford (31-0, 22 KOs) took to social media to introduce the “McGregor Challenge.” Check out the footage for yourself.

All of the hoopla started last Friday when McGregor’s open workout was held, and he decided to bust out this rather unique, rubber-armed pre-workout move.

Yesterday, WBC and WBO junior welterweight champion Terence Crawford threw his hat into the circus when he posted the clip below of him and a few buddies doing their best rendition of McGregor’s unorthodox training.

This silly little video inspired a bit of buzz on Instagram, and, as of Tuesday morning, had more than 300 posts. Here are a few examples of people stepping up to the plate and responding to the challenge.