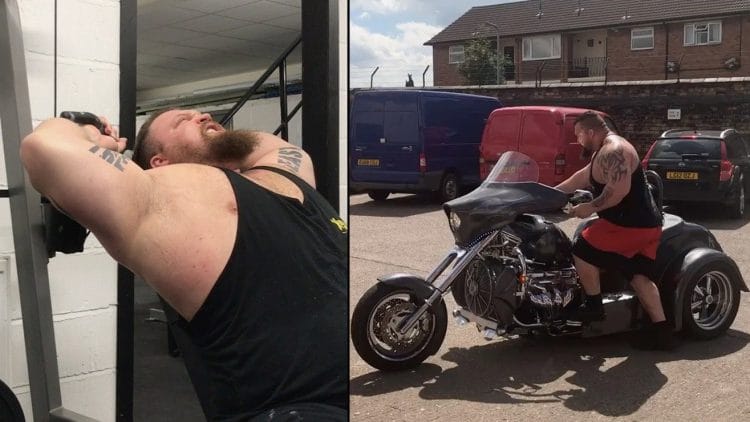 Strongman Eddie Hall is always ready to take on big lifts. From record-breaking deadlifts to bench pressing two grown men, “The Beast” has demonstrated over the years that he is always up for the physical challenge.

Hall always pushes himself to the limits to build greater strength. In his recent post on Instagram, the world’s strongest man shows he’s not satisfied with just lifting the full stack for his overhead triceps extensions, so he adds more weight to the mix.

But even for the World’s Strongest Man, knocking out a few reps with the extra weight was no easy task.

“Added a 20kg plate to the stack thinking it would be easy,”

Hall admitted. “Fu*k I was wrong, it was like pushing 200kg above my head 3 times… great for overhead power.”

While Hall may have struggled with the last few overhead extensions, he usually makes the big lifts look easy.

Just a few months back he effortlessly knocked out a few incline presses with 100kg dumbbells. Just another day at the gym for the World’s Strongest Man.

So what does Hall do when he’s not training with the weights? How about a game of Connect 4 with the unified World Heavyweight Boxing Champion, Anthony Joshua. The two champions flex their mental muscle during a round of the popular disc-dropping game.

And here the big man on a big bike.