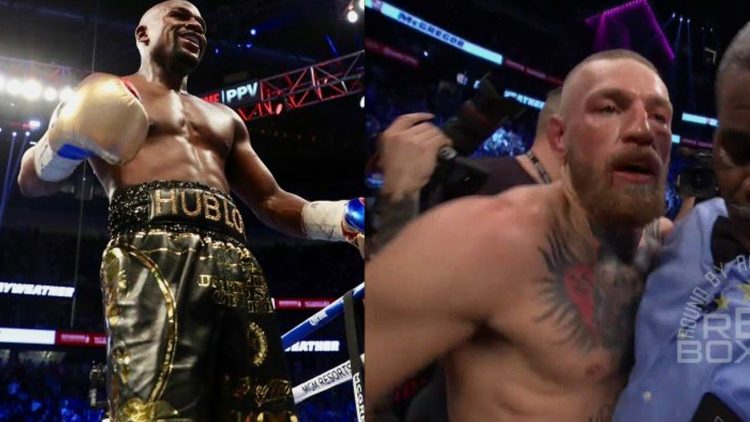 After all the hype surrounding the fight that has been dubbed “Money Fight” and “The Fight of the Century”, Conor McGregor and Floyd Mayweather finally got down to business and faced off in the squared circle.

Floyd Mayweather survived a tougher-than-expected challenge from Conor McGregor to score a 10th-round stoppage of the UFC champion on Saturday night at the T-Mobile Arena in Las Vegas.

In the 10th round, Mayweather traps McGregor in the corner and lands a huge right. Then another and McGregor stumble backward. Then, Byrd stops it. It’s over. 10th round TKO. A few seconds later, McGregor says, “I’m dead.” Yeah, dude. No joke.

After the fight was over Floyd Mayweather got a little emotional when he told Showtime he owed the fans from the Pacquiao fight and he wanted to give them a show.

He also said McGregor was a tougher competitor than he thought. Asked about going 50-0 and the significance of that, Mayweather said, “Rocky Marciano is a legend. I look going into the Hall of Fame some day.” Mayweather also said, “for sure,” this was his last fight.

What did you think of the fight? Let us know in the comments below.