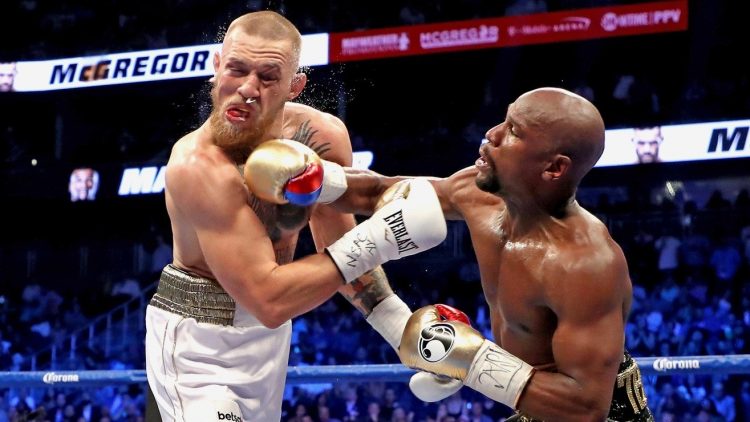 Floyd Mayweather defeated Conor McGregor in the hyped mega-bout between the greatest fighter of his generation and an opponent who ascended to the top of the mixed martial arts world but was participating in the first boxing match of his career.

When the fight reached the halfway point, McGregor began looking visibly fatigued and Mayweather sensed an opening. He showed a level of aggression rarely seen in his previous 49 fights. As per the SHO Stats, Mayweather had landed 132 punches compared to 80 for McGregor entering the 10th round.

Not a typical Mayweather fight–can't remember the last time I saw him move forward like this–but he seems to be in control now.

In the 10th round, Mayweather really went on the offensive, and McGregor had no answer for the barrage. After Mayweather landed a series of blows without reply from McGregor, referee Robert Byrd called for the bell.

"He's a lot better than I thought he was." #Mayweather on #McGregor #MayweatherMcGregor pic.twitter.com/6lhKYWB4yu

Mayweather, surpass the iconic benchmark he shared with legendary heavyweight champion Rocky Marciano. It was the first knockout in nine fights since 2011 for Mayweather, who is regarded as perhaps the greatest defensive specialist in boxing history.

“He’s a tough competitor,” said Mayweather, who came out of retirement for this fight. “I think we gave the fans what they wanted to see. He was better than I thought.”

The 9th round was the most dominant round by Mayweather, when he landed virtually at will as McGregor appeared dazed, desperately trying to stay upright. 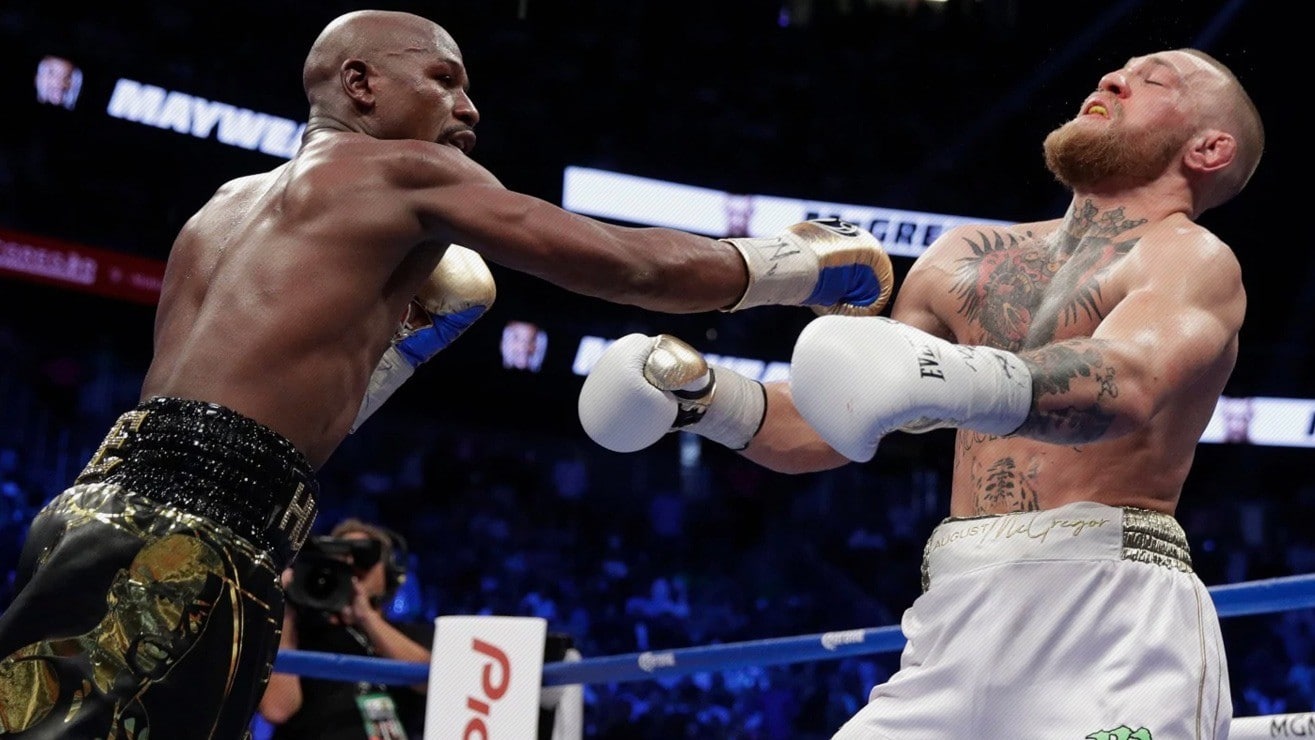 “Our game plan was to take our time,” Mayweather said. “We wanted him to shoot his heavy shots at the beginning. I guaranteed everyone this fight wouldn’t go the distance.” 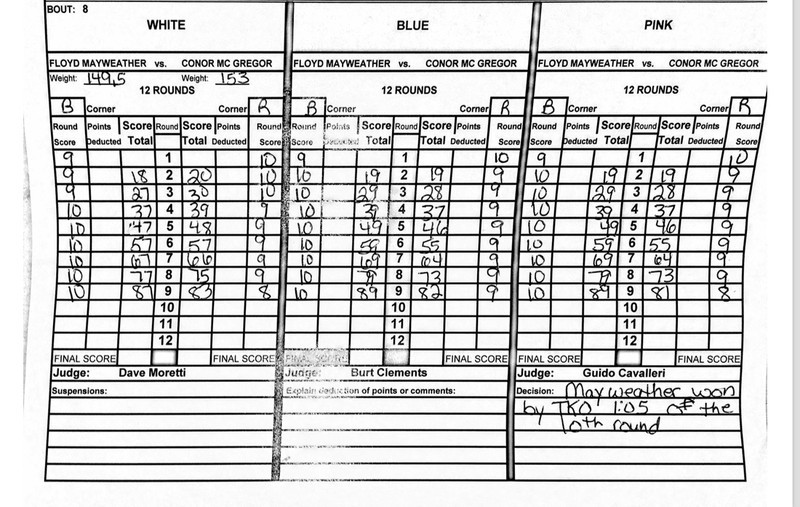 Round 10: Fight is stopped midway through round with Floyd Mayweather scoring a 10th-round TKO.

Round 9: Mayweather, 10-9. Mayweather’s most dominating round. He wobbled McGregor and came forward at will while McGregor was constantly retreating.

Round 8: Mayweather, 10-9. Another solid round from Mayweather, who landed several combinations. McGregor, however, at least looked like he was getting his legs back somewhat.

Round 7: Mayweather, 10-9. Mayweather’s boxing superiority showed in his best round of the fight. All the meaningful strikes came from the champion.

Round 6: Mayweather, 10-9. Tide continued to turn in Mayweather’s favor. The champion now has McGregor, who’s clearly fading, off-balance and rarely able to find his target.

Round 5: Mayweather, 10-9. Mayweather had issues getting off his punches but still won the round based on sheer volume. McGregor is starting to lean on Mayweather without throwing much.

Round 4: Mayweather, 10-9. Mayweather finally scores with counterpunches in by far his best round of the fight. McGregor appears to be slowing a bit.

Round 3: McGregor, 10-9. More switching stances while delivering punches gives McGregor the third round. Mayweather has yet to land cleanly and looks confused.

Round 2: McGregor, 10-9. McGregor continued to apply more pressure and was the much more active fighter. He also switched stances, which seemingly caught Mayweather off-guard.

Round 1: McGregor, 10-9. While Mayweather most was measuring his opponent, McGregor landed the cleanest shot of the round with an uppercut counterpunch.

The two fighters signed a confidentiality agreement, so their full earnings are unlikely to ever be revealed, but ESPN.com’s Dan Rafael reported Mayweather will take home a purse of at least $100 million, while McGregor will make a minimum of $30 million.

What did you think of the fight? Let us know in the comments below.