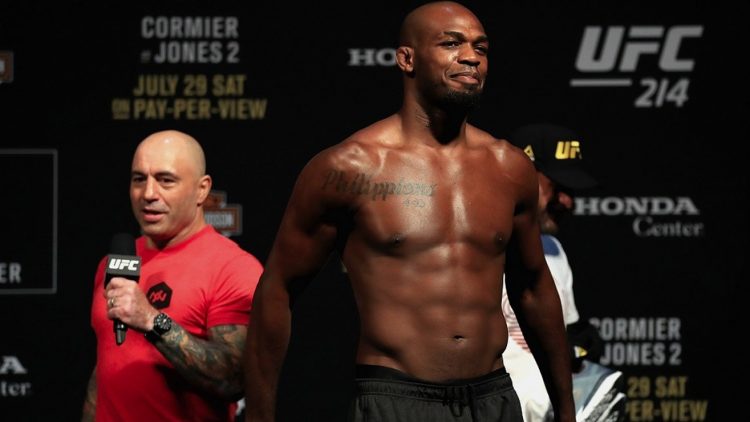 The UFC’s current light heavyweight champion Jon Jones passed a blood test the night of his title fight with Daniel Cormier at UFC 214 on July 29. The news comes after Jones tested positive for a banned substance under United States Anti-Doping Agency (USADA) rule dating back to a urine sample collected on July 28.

Jones, who has had a long track record of wrong doings over the past few years, reportedly tested positive for Turinabol, an anabolic steroid traced back to 1960’s East Germany. Unfortunately for Jones, Turinabol can only be detected through urine samples, which is exactly what “Bones” popped for in his pre-UFC 214 test.

Now, MMAFighting.com is reporting Jones passed his blood test after the fight as administered by the U.S. Anti-Doping Agency. His failed drug test, which came after the weigh-in via urine sample the day before the fight, was found to have contained Turinabol — an anabolic steroid.

“Given that Mr. Jones’ agent has publicly commented on this case, we can confirm Mr. Jones provided a urine and blood sample on July 6th and an additional urine sample on the 7th — all of which were reported negative. On July 28th, his urine sample tested positive for turinabol — as confirmed previously — then after the fight he provided a blood sample that was reported negative.”

“The prohibited anabolic steroid turinabol is only tested for in urine screens and not in blood tests. Urine and blood screens are complimentary to each other and don’t analyze for the same substances. Importantly, Mr. Jones is innocent unless and until the established process determines otherwise. It’s only fair to let due process occur before jumping to any conclusions.”

According to sources, substance Jones tested positive for in his 7/28 urine test usually only shows in urine. 7/29 was blood. Developing…

Jones is facing up to a two-year suspension after failing the urine test as he would be considered a multiple-time offender, but with this latest revelation, that appears to be even less clear. Jones also failed an anti-doping test in 2016 just four days before he was scheduled to take on Cormier in the main event of UFC 200. He ended up serving a one-year suspension retroactive to July, which made him eligible for the rematch with DC this year.

Before the appeals process can even begin, Jones is waiting for the results from testing of his B sample, which is still several weeks from being determined.