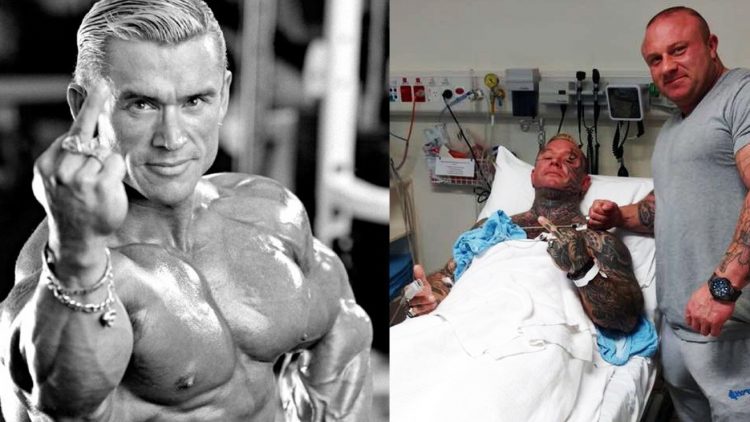 We all know Lee Priest is a person who speaks his mind…  At times Lee’s outspoken nature has gotten him into a difficult situation which eventually led to his falling out with the IFBB. Despite that, Lee still maintains a huge fan following and still has tons of opinions to share about bodybuilding as well as the trolls that fester the internet.

“Early reports and photos show Lee Priest back in the hospital for more surgery.”

“It was sad news for the bodybuilding world as Lee Priest was often a voice of honesty and motivation outside of the IFBB. It seems now that Priest had to return to the hospital for more surgery. He seems to be recovering and giving a shout out to his fans.”

According to Lee Priest, he was visiting the hospital because of a ‘virus’ and ‘not resting’ properly. This is what he shared:

But Generation Iron assumed that Lee Priest’s recent visit to the hospital was to fix his old ‘never issues’ that was keeping him from training properly.

Priest called out the Generation Iron on his official Facebook page for not checking the facts with him:

“LOL HEY GENERATION SHIT. YOUR MOVIES SUCK AS MUCH AS YOUR REPORTING. HOW ABOUT YOU MESSAGE ME TO GET THE FACTS YOU DICK WIPES. NOTHING TO DO WITH MY NERVES IT WAS VIRUS AND ME PUSHING MYSELF NOT RESTING.” 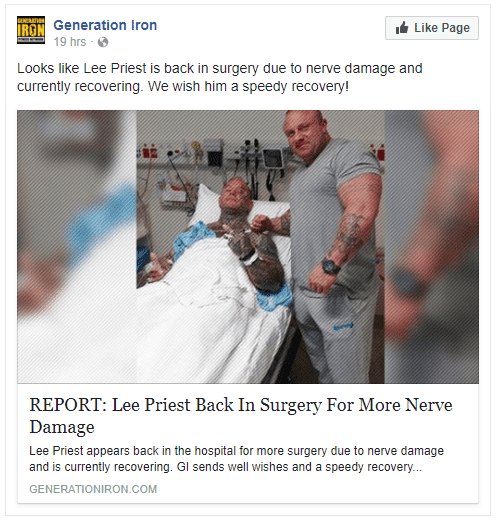 So there is a lesson to be learned for all bodybuilding and fitness media outlets, don’t jump to conclusions or assume, get your facts first before publishing the stories.