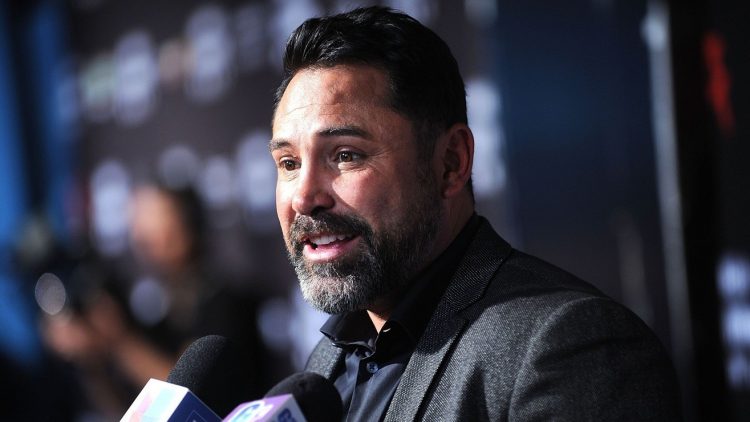 Even though Floyd Mayweather vs. Conor McGregor is in the past, that doesn’t mean that Oscar De La Hoya isn’t done trashing the super-fight.

The CEO of Golden Boy Promotions appeared on radio station Hot 97 in New York to promote the Sept. 16 bout between Canelo Alvarez and Gennady Golovkin, but couldn’t resist taking more shots at the fight that he has consistently called a “farce.”

It didn’t take long for De La Hoya to go on the offensive and call out Mayweather-McGregor for being a disgrace to the sweet science.

“I was pissed because Mayweather knows better than that,” De La Hoya said while comparing the quality of the two fights. “He’s one of the best boxers on the planet today that we’ve had in the past several years. But, come on, knock the guy out in two or three rounds! Don’t carry him for 10 rounds!”

De La Hoya even went so far as to suggest that he could finish McGregor today if he stepped in the ring as the 44-year-old retired version of himself.

“Yeah,” De La Hoya responded when asked if he could beat Conor McGregor in a boxing match today with proper training. “It can’t go more than two rounds.”

Although he expressed that he respected Mayweather’s ability, De La Hoya believes that his selection of opponents is the reason why he won’t recognize him as the greatest boxer of all time.

“My question is this: when was Mayweather in a 50-50 fight?” De La Hoya asked while suggesting that just about all of Mayweather’s opponents were either well past their prime (Mosley, Cotto, Pacquiao) or didn’t have the experience (Canelo) to present a real challenge.

“That’s my critique. Is he the best boxer we’ve had in recent years? Yeah. He’s obviously not the best. I think he would be top 10 of all time [but not top 5].”

Full Interview: Why Mayweather vs McGregor Was Disrespectful To Boxing