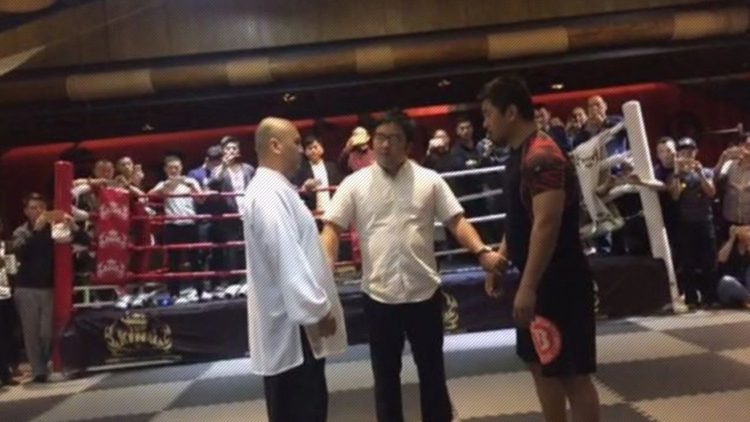 Controversial Chinese MMA fighter & trainer Xu Xiaodong has been detained by Chinese authorities, just minutes before he was due to fight another Tai Chi master.

Earlier this year, in a planned exhibition fight, Xu absolutely ruined a different Tai Chi master in only 10 seconds. The footage quickly viral and prompted a huge backlash in his homeland, forcing Xu into hiding for a while.

In China, martial arts is a bigger part of the culture than most anywhere else in the world so Xu’s overwhelming victory and the manner in which it came about were seen as an insult to Chinese culture in general and the Chinese authorities in particular since Tai Chi is endorsed by the national government.

If you missed the first fight clip, check it out (Don’t blink!)

In the run up to his second fight against a Tai Chi master, Vice News caught up with Xu, who said he was on a mission to expose martial arts frauds that claim to be masters.

Xu was detained for questioning but was released shortly afterward. He then took to his Chinese social media account on Wechat to announce that he had been “censored for the second time.”