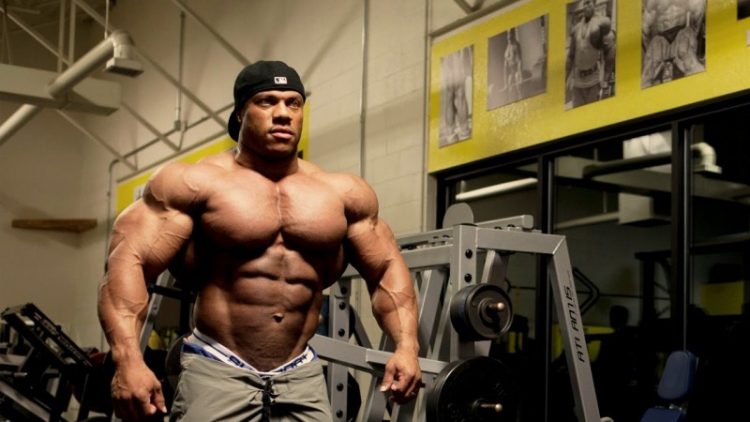 In part one of this mini series, I looked at bulking and cutting as a method to gain muscle and then shed fat. In part two, I looked at the leangains approach to muscle growth. Both of these methods have their advantages and their flaws, and as such I feel that neither is an ideal strategy for a natural body builder to pursue. The bulk and cut method means too much fat loss to contend with, and the lean gaining approach means little in the way of new muscle. So there must be a happy medium, and that’s exactly what I want to talk about today.

I feel that doing anything in the true sense of the word extreme is going to have extreme benefits, and extreme drawbacks. That is the case with the two training methods I’ve highlighted so far and it’s true for all training, diet and most everything else. Putting on some body fat will definitely allow a faster rate of muscle gain. When you gain too much fat, then dieting time is extended and your appearance will suffer. While staying lean is nice from an appearance standpoint, trying to stay too lean all the time tends to hurt mass and strength gains because the trainee simply can’t eat enough.

The ideal situation may be to use shorter periods of mass-gaining where the goal is maximal muscle gains while allowing small amounts of fat gain. Then lose the accumulated fat during and equal amount of time on a dieting phase without losing any of the muscle gain. This will serve to keep your body in near ideal shape from a body fat standpoint, while still allowing for muscle growth.

You try to maximize muscle gain with smart training and a small caloric surplus and a small amount of fat gain will occur. This causes the trainee to gain fat, but also maximizes the rate of muscle gain. When dieting, the goal should always be to limit muscle mass losses. If done carefully, alternating mass gain with proper dieting, the end result is more muscle mass.

In order for this to work effectively, there are a few guidelines will need to be followed. Males should be in the 10 percent body fat before beginning the mass building phase. This would be roughly equivalent to 19 percent body fat for a female. The reason being is that you are much higher in body fat, it’s going to get difficult to diet down effectively. If you are above these numbers, then getting to those target numbers should likely happen first.

The reason you don’t want to be too lean is because the hormones won’t be in an ideal range for mass building. If you remember in the previous article I discussed all of the anabolic hormones, and how they begin to drop at a certain point regarding body fat levels. If you wanted to start mass gaining at six or eight percent, that would be fine too if you are naturally lean, but if you have dieted to six or eight percent, your ability to gain appreciable muscle size will be compromised.

This next consideration would happen in an ideal scenario, but I don’t know many who would follow this advice. After dieting you would take two weeks at maintenance calories to stabilize at the new body fat level. The reasons for this are so that some of the hormonal adaptations to dieting return to normal. The reason I say that most are unlikely to follow this is that when the dieting is done, most begin to eat a lot more than maintenance after a period of restriction, or want to continue and stay lean. Finding a middle ground however, is the ideal approach.

So after a two-week period of maintenance calories, or if you are within the range of 10 percent body fat, 19 if you are female, now is the time to begin muscle mass gaining. If you are and average person at the beginning of this phase, you can expect weight gain of approximately one pound per week, half of which should be muscle. For females this translates to half a pound per week for females, once again half of which should be muscle. This is a lot more realistic than the suggestion, or full on mass gaining tactic of eat everything and gain two pounds per week, because it will still only be half a pound of muscle.

Now it’s time to do the same maintenance calorie cycle again before the dieting phase begins again. This will allow your body and metabolism to normalize somewhat. It also will serve to remind you what eating at maintenance feels like after a four-month period of eating above it. The transition to eating below maintenance will be that much easier psychologically.

This is the closest I could get to a happy medium regarding a bulk and cut, and the lean-gains approach, while still considering metabolic and hormonal adaptation that will occur during each phase. I have personally not intentionally followed this approach, but having spent time figure a way out that would work, I likely will give this method a try. It is to me the only way to naturally gain muscle, and keep body fat levels reasonable at the same time.