BREAKING: The IFBB International Has Suspended The NPC 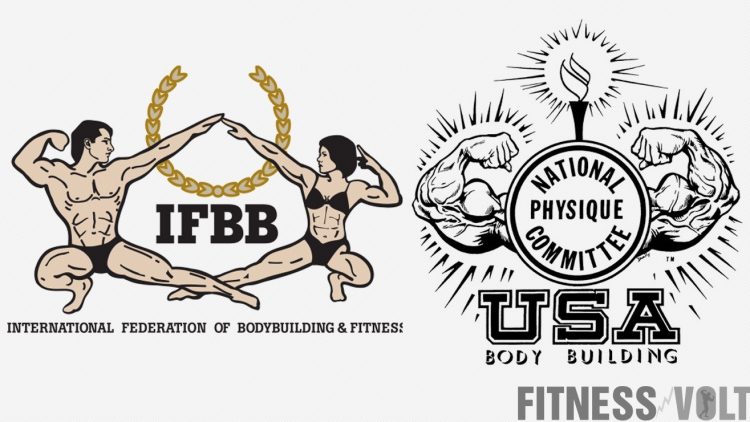 It looks like battles at the 2017 Olympia Weekend are not only on the stage but off the stage as well – as it’s been reported that the IFBB International (not Jim Manion’s IFBB pro) has suspended the NPC.

Because of this reveal, the IFBB have pulled their judges out, it was also revealed that the IFBB judges went to the show with their respective athletes not wearing their IFBB uniforms. The CSFF asked the IFBB to take action against the NPC.

IFBB took notice, a press release was issued by the IFBB stating that the NPC are suspended temporarily for the events that occurred at the Olympia Weekend in Vegas between the 13-14 September 2017.

We are not sure what this mean moving forward? The questions need to be answered:

Is IFBB International separating from the NPC?

Just a fight for power between various federations.

Could this be a reaction after AMI managed to acquire 100% control over the Olympia?

Did the President of the IFBB, Rafael Santonja and his delegation make the trip to the 2017 Olympia Weekend?

Will Europe have their own Pro League?

Well, it’s hard to tell at the moment, but we’ll all need to keep a close eye on what happens next to find out. 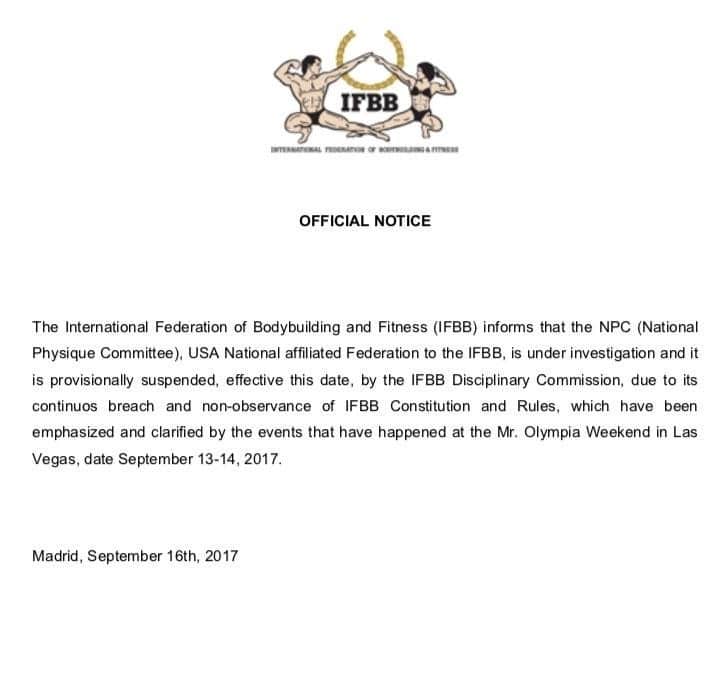 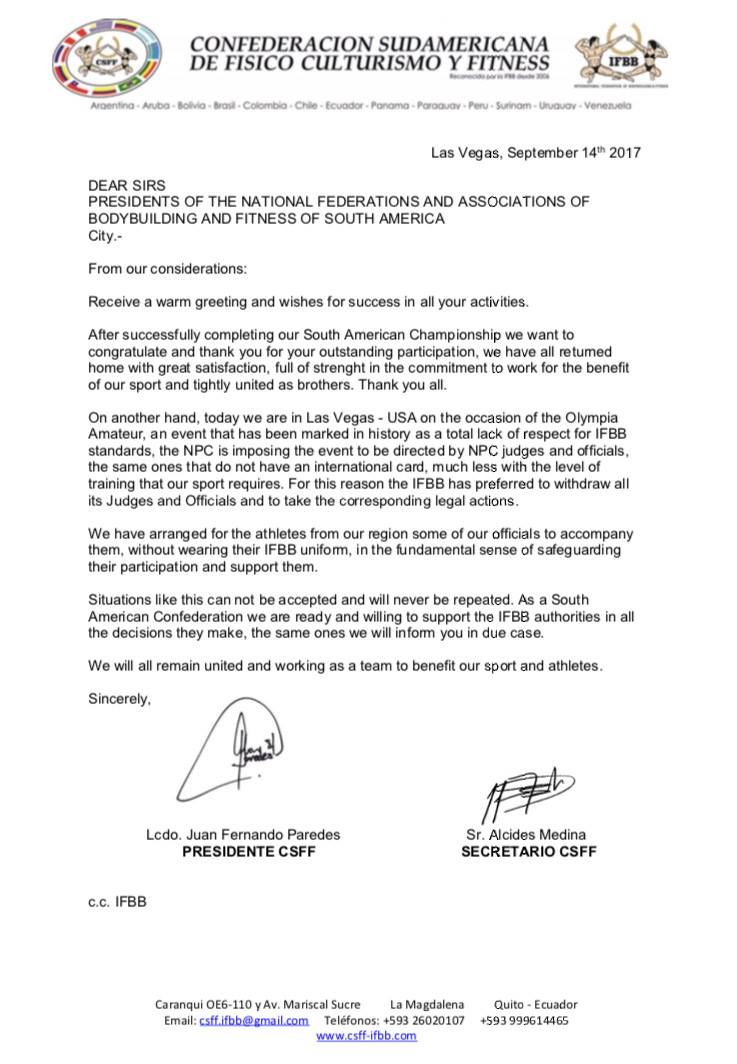 Vitaliy Ugolnikov, also known as "Good Vito" has acquired a concrete social media following and has done so with consistent...

24-year old powerlifter Gabrielle Santarosa is a young lady of many talents. She recently hit a massive deadlift in the...

Pauline Nordin is an IFBB bodybuilder and model. She's suffered with body image issues and even struggled with an eating...

Beatriz Biscaia is a fitness model with dual citizenship in both Canada and Portugal. Having been born with rich Portuguese...

After two years as Vice President of the NPC and the IFBB, Tyler Manion is looking to help facilitate some...