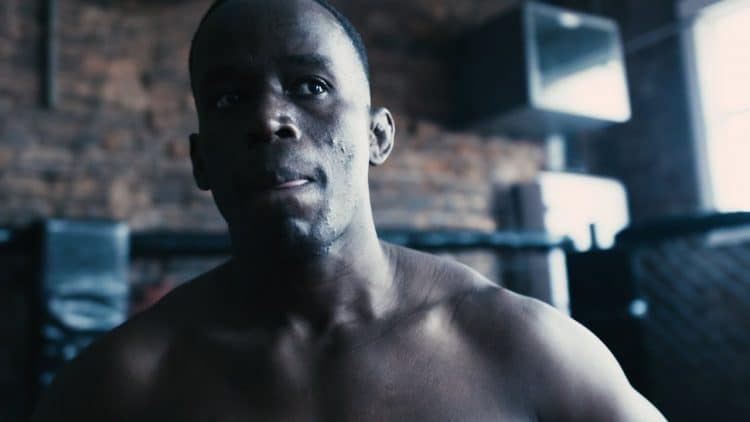 In 2009 Ronald Dlamini “The Black Mamba” (6-3, 1 NC) became the first black MMA champion in the South African history, claiming the welterweight title in a reputable fight promotion. His performances were explosive and dominant.

However, his life completely changed in 2012 after a fight in New Zealand when he was rushed to the hospital and diagnosed with meningitis, and after a 10-day coma, ultimately wound up completely blind.

“My life changed in 2012,” Ronald Dlamini said in a new documentary from The Guardian, which can be viewed above. “I got a strong headache and I felt very sick. I was rushed to the hospital with meningitis, and I was in a coma for 10 days. When I woke up, I realized I was completely blind. This is very difficult for me but I have never given up because of my blindness.”

But rather than give up on his career in MMA, Ronald vowed to return the ring and now he trains beginners, as well developing a self-defense programme for the visually impaired based on MMA.

“When I started meeting other blind people, they told me they were often victims of rape and robbery,” he said. “I realized that I had a new goal in life: to teach other visually-impaired people how to fight back. I designed a self-defense course for them that is based on MMA. I want to get the message out to blind people all over the world. MMA is the perfect sport for them.”

“The greatest champions have been knocked out in their lives,” Dlamini concludes in the video above. “But it is very important how you come back. I don’t think that we really know what we’re capable of until our limits are tested.”

Check out the video below for an inspiring tale of perseverance and the iron will to keep pushing forward even in the wake of tragic circumstances.

What do you think of this incredible of Ronald Dlamini? Let us know in the comments below.