We’ve all heard them, you almost can’t have a conversation with someone about bodybuilding or weight training with the average person, without hearing them. They range from the utterly ridiculous, to sounding like there may be some reasoning behind them. In this article we’re going to debunk some of the biggest bodybuilding myths there are, and provide scientifically backed explanations to prove them wrong.

Myth #1 – You can train specific parts of a muscle

Quite often you hear people saying that they’re doing a certain exercise to hit a “certain part” of a muscle. This is rubbish. When you train a muscle, you train the whole muscle. A muscle either contracts or relaxes, you cannot train one specific part of it – no matter how hard you try. One of the biggest examples of this myth in action is people saying they’re going to train their upper chest by doing more incline benching, or lower chest by doing more decline benching. The chest is made up of two muscles, the pectoralis major, and pectoralis minor. The pectoralis minor virtually can’t be seen – so it’s the major that you’re looking to build up by training.

When you do any kind of chest movement you will be activating the whole of your pectoralis major muscle. The way in which the muscle grows is down to your genetics and your muscle insertion points. You cannot therefore for example, focus on your “upper chest” by doing incline benching. It’s all one muscle!

Well – unfortunately, this could not be any more wrong. Whether you are doing a deadlift, bench press or wrist curls with a dumbbell, they’re all just using muscle contractions to move a weight. The only thing that changes are the muscles involved in moving that particular weight in the way you are trying to move it. You cannot tone or shape a muscle, what’s commonly known as toning is in fact the process of reducing your body’s bodyfat percentage, so that contours in the muscle become more visible. The muscle is not “reshaped” at all, the only way muscle can be changed is by adding to it, or losing it (well, without taking a knife to it).

You do not have to do loads and loads of repetitions to build muscle. For more information on ways to build muscles without high volume, read here. In fact, one of the most common reasons that people fail to make progress is through overtraining, and doing too many sets for each muscle in a single session.

Quite often you’ll be told by a personal trainer or otherwise ignorant person that you should be stretching before you lift weights.

Unfortunately, they’re just plain wrong. David A. Lally, Ph.D., an exercise physiologist at the University of Hawaii-Manoa performed a study of 1543 individual people who took part in the Honolulu Marathon. Do you know what he found? Those that did static stretching before doing the marathon actually had a higher rate of injury. Not just by a small amount too, those that stretched had a 33% increased chance of injury. Not only that, but there’s been other studies that have proven that static stretching before you lift weights reduces the amount you can lift! Not a single study has been done that proves that static stretching can in fact reduce your chance of injury, or make you perform better. 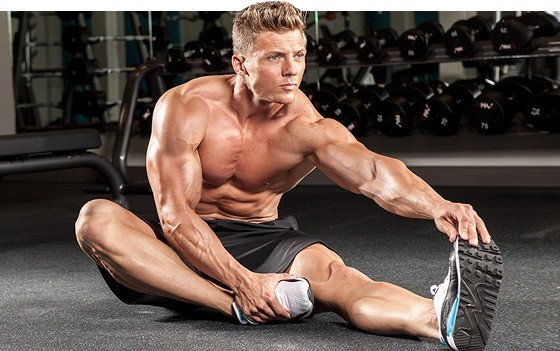 Our advice is to warm up with some lighter weights properly, and to do a few minutes of low intensity cardio, to ensure that your joints are warm and your blood is flowing, before lifting heavy weights.

Outside of bodybuilding, no one does a bodybuilding split. Do you know the reason for this? It’s not as effective as full body work. Ask any elite lifter, and they will be doing some form of full body programme, or very close to it. Linear progression on the big compound exercises, is the best way to add muscle, whether you’re doing 3×8, 5×5, 3×5, whatever. The best way to add muscle is to focus on lifts, not body parts. The only time when a body part split is more effective is when you are trying to bring up a particular weakness in your physique. For example a lifter may choose to neglect the big compound exercises for a while, and just maintain them, in order to work on his rear delts, because he feels they are not progressing as fast as the rest of his muscle base.

Myth #7 – If you eat a diet low in fat, it doesn’t matter how many calories you eat

It sorta makes sense on the surface – eating fat will make you fat. Unfortunately it’s not true. It doesn’t matter where you get your calories from, if you eat more calories than you burn, you gain weight. 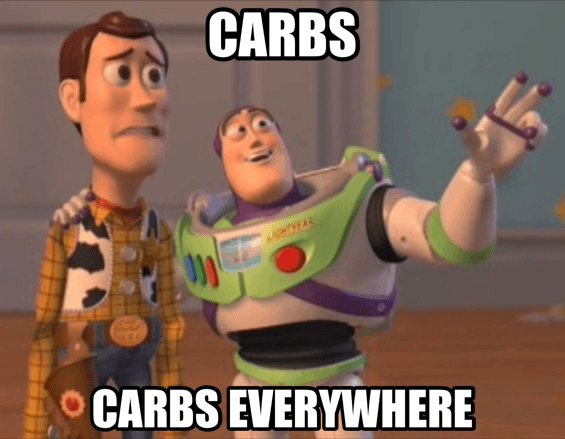 Eat less calories than you burn, you lose weight. Fat, carbs, protein – none of it matters for this basic principle.

More protein does not mean you will gain more muscle. So long as your body is getting the minimum amount of protein needed to repair the muscle damage done during your workouts, and grow, you will get bigger and stronger. Studies show that there is little evidence available showing any benefits for eating more than 2g of protein per kg of body weight per day, the sweet spot seems to be 1.6-2g of protein per kg.

In almost all cases you will add more muscle mass to the muscles involved in an exercise doing compound exercises, rather than isolation work. Isolation work does not allow you to put as much stress on a muscle, due to less weight being moved. One such example is that chin ups are better for building your biceps than bicep curls. Compound exercises also tend to be more in line with how your body was designed to move weights, making the lifts more efficient.

Myth #10 – Squatting past parallel is bad for your knees

Squatting past parallel is actually good for your knees. One of the best ways to stop yourself from having knee pain later on in life is to build up the strength in your legs to take pressure off of your knees.

Stopping at parallel as opposed to going deep is in fact worse for your knees, because you’re changing the weight direction in a weaker position, at a time when the most load is placed on your knees.

Myth #11 – If you’re in the gym for more than an hour, you start to burn muscle

Well this is just wrong. If you are eating enough food, you will not burn muscle while in the gym. Working out for extended periods of time whilst in a calorie deficit may result in some muscle mass loss, simply because your body needs energy – especially if you are doing extended bouts of cardio. Weight training, however is the best way to get your body to maintain as much muscle mass as possible whilst losing weight.

There seems to be a myth going around that there’s a certain amount of protein that you can absorb per meal. Some say 30g, other sources 20g, 40g, etc.. Well – the good news is this isn’t true, and we’re not sure exactly why this myth begun to circulate.

Clearly, there is a physical limit as to how much protein your body can absorb, but this will vary hugely person to person, and depend on a huge number of factors. So long as you are getting 1.6-2g of protein per kg of bodyweight each day, don’t worry too much about which meals the protein comes in.

Myth #13 – Dietary fat is bad when trying to cut

The only bad type of fat is trans fat, which has been proven to have a negative impact on muscle growth. It’s also bad for your health in general. Beyond this, other fat sources are all requirements of a healthy diet – and one of the most successful cutting diets, the ketogenic diet, involves eating a diet high in fats. 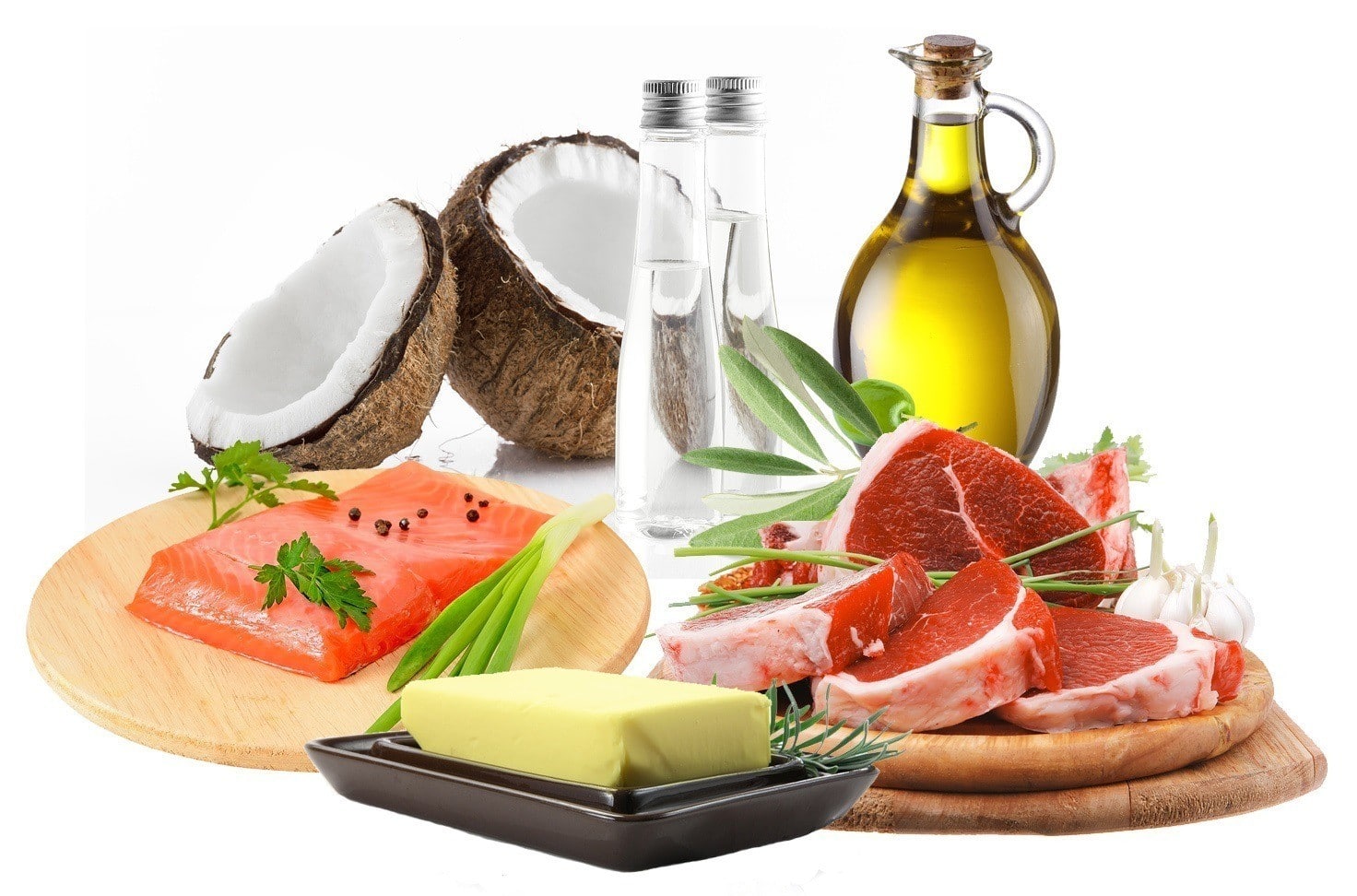 Studies have even been done that show benefits to testosterone levels from eating at least 10g a day of saturated fat. So don’t cut the fat out!

Myth #14 – You can only add size by training to failure

Unless you’re taking steroids, frequently training to failure is a sure path to injury, muscle breakdown and overtraining. Training to true failure should not feature regularly in most any natural trainer’s routine. (Especially if you are training for strength). This does not mean you shouldn’t work hard, and go for that last rep. When we say failure we mean squatting until you virtually cannot walk, etc.

DOMS are not an indicator that you have not fully recovered, there can be residual soreness that lasts for up to 4-5 days even. Numerous studies have shown that there is no downside to training when you are still a bit sore, for example this one.

Myth #16 – You can get as big as a bodybuilder without taking steroids, steroids are just a shortcut

You can still get big and strong without steroids, but you will never be the size of an IFBB pro without taking steroids and other drugs.

That’s it for now – but stay tuned – we have many more myths to bust in the coming weeks!